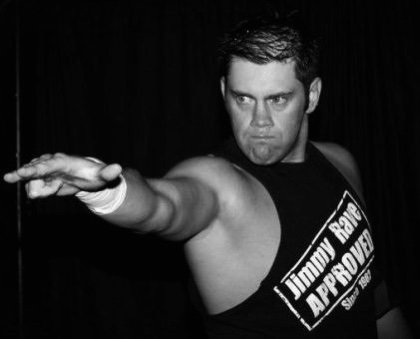 In November 2020, Guffey had to have one of his arms amputated as a result of a MRSA infection. Less than a year later in October 2021, Guffey then had to have both of his legs amputated.

Wrestling agent Bill Behrens took to Twitter on Monday evening to announce Guffey’s passing, in a statement written by himself and Guffey’s daughter, Kailah.

“James Michael Guffey has died at the age of 39.”

“James was best known as Professional Wrestler, Jimmy Rave. His career, which started in 1999, continued for over 2 decades. He was a two-time NWA World Junior Heavyweight Champion. He appeared in Total Non-Stop Action Wrestling, where he teamed with Lance (Hoyt) Rock as the “Rock and Rave Infection.” In Ring of Honor, he feuded with AJ Styles and was the “Crown Jewel” of the faction, The Embassy, and last appeared in 2013 as a Member of S.C.U.M. He toured Japan with both Dragon Gate Wrestling, and New Japan Pro Wrestling where in 2008 he competed in the “Best of The Super Junior” Tournament.”

“Outside of wrestling he held the position of Director of the Bartow County, Georgia Peer Support, Wellness and Respite Center for several years. James had been struggling with drug addiction for many years. His struggles resulted in the amputation of his arm and, later, both of his legs.”

“James is survived by his ex-wife Felicia, daughter Kailah, son James I, and parents Jim & Toni Guffey. At the time of his death, he was living in the Philadelphia, PA area with Gabby Gilbert.“

Our thoughts are with Guffey’s family and friends during this very difficult time.