Honestly: There Should Be An Annual Brodie Lee Memorial Show 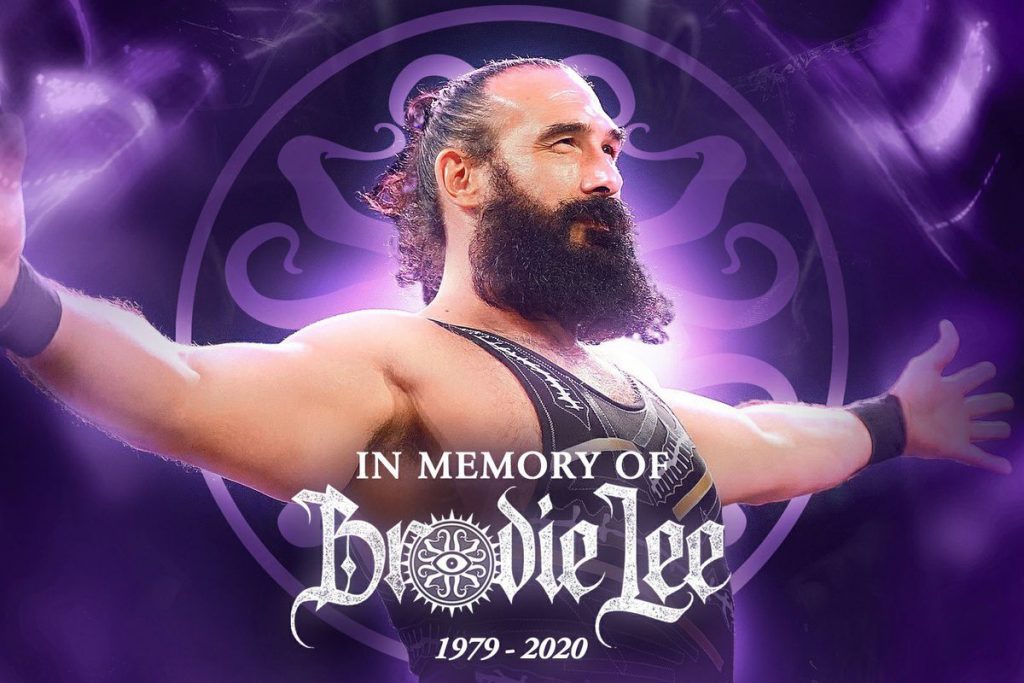 I’ve been a wrestling fan for over 23 years and in that time I’ve sadly seen a lot of wrestlers pass away but most of them were either retired or out of the spotlight. There have only been a few active competitors working for major companies that come to mind since I’ve been a fan, Owen Hart, Eddie Guerrero, Chris Benoit and Chris Candido that come to mind and just prior to me becoming a fan there was Brian Pillman. All of them were shocking deaths that came out of nowhere and Jon Huber was the same way. The thing we have learned since his passing is how much he was loved and respected by his peers and how much he cared about his fans and how he was a devoted father and husband. I’ve seen tributes before for wrestlers but this was not the norm this reminded me of the outpouring of love that Eddie Guerrero and Owen Hart received. I have a level of respect and admiration for Jon Huber as not only a wrestler but as a man, a father and as a decent human being.

Jon’s look instantly reminded you of the legendary Bruiser Brody and he embraced the comparisons and it’s with a sad irony that both men passed away in their early 40s (Jon was only 41 and Brody was only 42 when he was murdered). Both men had a lot to offer the industry and were cut down in their primes.

Now there have been a lot of wrestlers that have passed that an argument could be made for an annual tribute show and personally am thrilled AEW will be doing the Owen Hart Cup as an annual event and would love to see some type of Eddie Guerrero tournament by WWE which owns his rights. However, since Brodie’s passing it is very clear that the love and admiration for the man has not diminished at all as was evident by AEW continuing to honor him and embracing his family like they have recently in Brodie’s hometown on this past week’s episode of Dynamite and on WWE TV Brodie being honored by his close friend Big E. during his WWE Championship celebration. After seeing these things I had a thought, from 1998 to 2001, the three biggest promotions in the world, WWF, WCW and ECW who were in the heat of battle put their differences aside for one night a year and allowed their talents to appear on a tribute show for Brian Pillman.

The Brian Pillman Memorial shows were an independently run show with all proceeds supposed to be going to Brian’s young children. Now these shows didn’t see brand vs brand matches because in truth that is when politics would have gotten involved where the companies would of said my talent can’t lose to their talent. These shows ended after the fourth show because the promoter that was doing them discovered that Brian’s wife wasn’t using the money for the kids but herself and he refused to lie to the fans that the funding was going to his kids when it wasn’t going there. The most well known match from these shows was Chris Benoit vs William Regal, the match was so good that it was the match that helped Regal get rehired by the WWF.

So I think a Annual Brodie Lee Memorial show for the benefit of Brodie’s widow, Amanda and young sons, Brodie Jr. & Negative 1, with it being co-promoted by AEW and WWE, would be an absolutely amazing thing to do. We all know AEW would fully be on board and NWA, Impact and likely ROH would all be willing to send talent to the show. We all know WWE talent would want to perform on the show because they were all very close to Brodie especially members of New Day, who paid tribute to Brodie with their Royal Rumble gear.

So the question is would WWE partner with AEW for this kind of event and I do think there may be some reluctance but considering how they were willing to send talent to the Pillman shows in the past, I definitely think the door wouldn’t be completely closed to the idea especially if their roster is pushing to participate in it. I personally don’t think we will see WWE agree to WWE vs AEW talent matches unless the WWE talent went over but I do think we could see something like let’s say New Day teaming with Christian, Jungle Boy and Luchasaurus to take on the Elite and a AEW talent doing a job on either side because WWE won’t let the New Day get beat and AEW won’t want Omega or the Bucks getting beat. Pillman shows weren’t offered on PPV but I would offer this Brodie show on PPV with all proceeds going to Brodie’s family. It isn’t about AEW vs WWE or wins or losses, it is about paying tribute to Jon and helping to support his family.

Maybe it is naïve or wishful thinking but if there is one talent that could get the two companies to agree to work together on a show even if it only happens once and never again, I think Brodie is that one talent that may be the catalyst to make a show happen. I could see Hunter being fully on board with the concept and if he could be convinced he may be able to convince Vince to give it his blessing. Like i said I don’t think we are going to see many if any AEW vs WWE matches on the show unless it is some type of blended tag match but i think we could see quality matches with talents from multiple promotions that could provide the wrestling fans a great night of action and the wrestling fans will be giving back to a beloved performer by helping to support his wonderful family that he tragically left behind.

Even if WWE won’t sign on, I think AEW should do an annual charity tribute show for Brodie with talent from multiple promotions because if anyone deserves this type of show it is Brodie.  You could tell that Jon was truly loved by any roster he was ever on and you know the talent will be giving a 110% for Jon and to try and provide some type of joy to the family and the fans who are all still grieving his loss. Professional Wrestling is truly unique and special that the talent and the fans belong to this special fraternity and that is a bond that is really seen when something like this happens. The only fight that will take place backstage will be the talent wanting to be on this show because there is no question any talent regardless of brand, if they shared a locker room with Jon will be begging to be on this show.