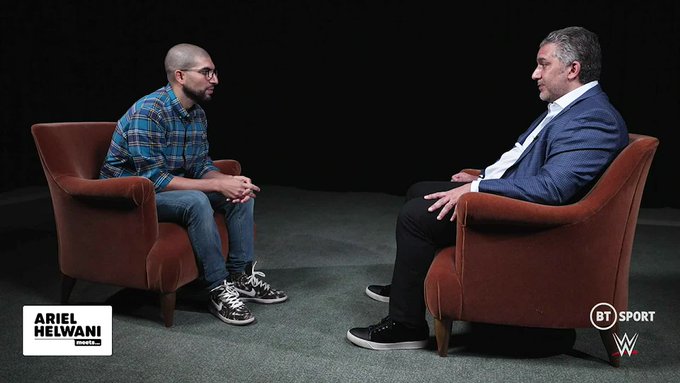 Khan was hired last year by the WWE since then his popularity with the WWE Universe has had several ups and downs. He sat down with MMA journalist Ariel Helwani from BT Sports on an open talk.

The questions were frank and straightforward, with Nick Khan addressing major situations that have been going on in the last year in WWE.

Regarding the number of releases and how he copes with all the heat and discontent from the fans, Khan responded by saying “When something’s a disaster I want all the credit, when it’s a hit I want none of the credit. If I’m blamed for what the fans don’t like, that’s good by me,”

On the decisions behind the roster cuts that had become a trend since April from last year, he points on the fact that he is not the only one who makes the decisions and that Vince is the one who makes the final decision “There’s a collective of us… So between Bruce Prichard, who oversees the entire creative process, between Kevin Dunn who oversees all of our production, between Stephanie McMahon, [Triple H], all are involved in these decisions”

Regarding AEW, Khan was clear, they had blinders on them, and will always focus on what is best for WWE and only WWE.

One of the answers that highlight the most was about the idea of RAW having one hour less, a popular topic between the WWE Universe. He answered with humor “From my point of view, RAW would benefit from being four hours, so we would get paid more money and SmackDown would be eight hours.” let’s not forget that the addition of a third hour to the show was to get a more lucrative broadcast deal.

It was one of the first times that Khan took the time to speak face-to-face with someone and answer burning questions based on his position in the company.

You can watch the entire interview in the link down below.