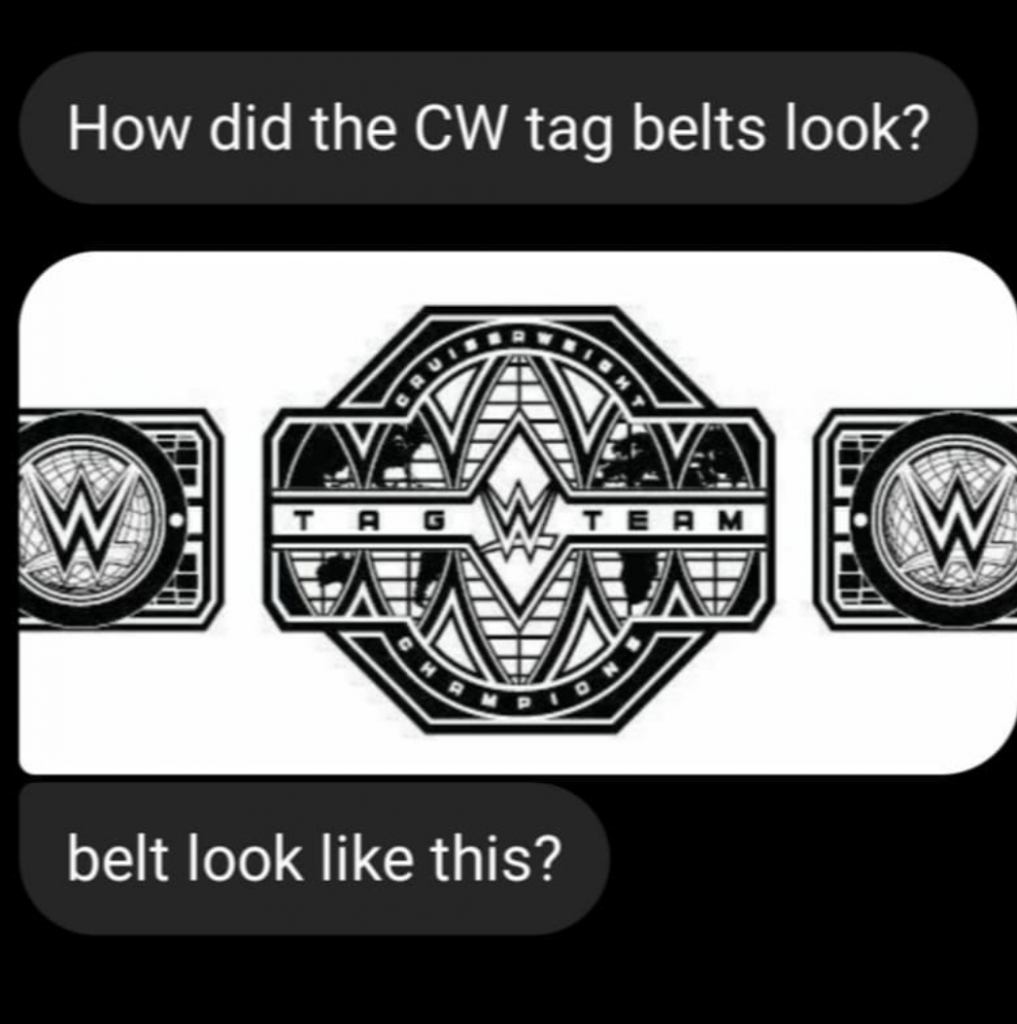 According to former WWE Wrestler Jack Gallagher, via Instagram, he and other 205 Live roster members pitched having a Cruiserweight Tag Team Championship.

The reason for this pitch was that members of the 205 Live roster found a pair of Cruiserweight Tag Team Belts in a truck. They were kept there since the Cruiserweights first appeared on telivision.

So members of the roster pitched two ideas. One idea was to change the rules of Cruiserweight Tag team matches to Mexican style tag team rules. This would be that if a tag partner exits the ring, that would constitute as a legal tag. This second idea was to have a Six Man Tag Team Championship and have three teams.