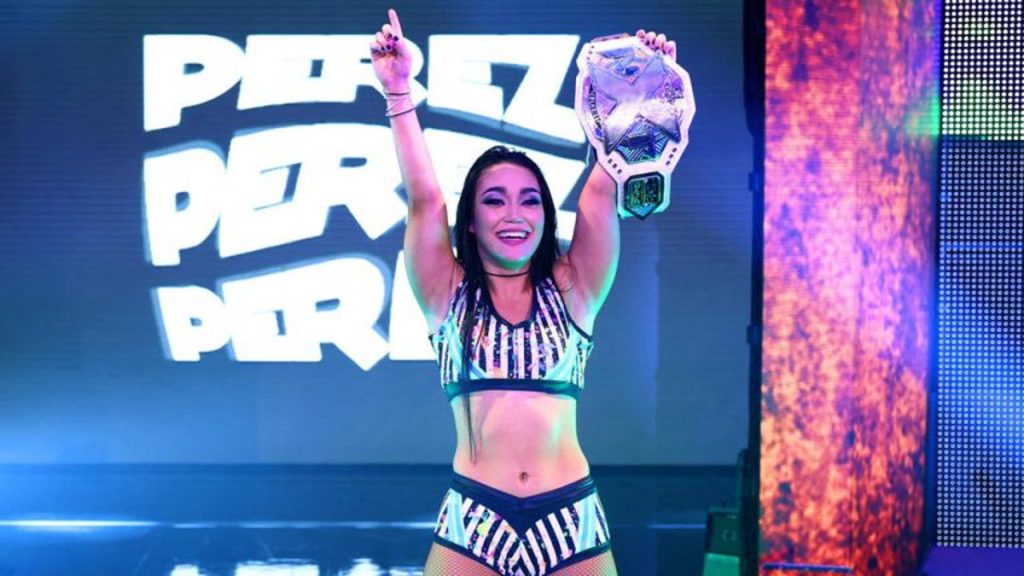 For the past few years, Roxanne Perez has been a rising star in women’s wrestling. Last night on NXT, that hard work paid off as she defeated Mandy Rose to become NXT Women’s Champion. In honor of Perez becoming champion, she is today’s Wrestler of the Day.

Perez is a lifelong fan of professional wrestling, starting her training when she was a teenager. Perez’s career took off after she trained with Booker T and his Reality of Wrestling promotion. Her success at ROW led to her signing with Ring of Honor (ROH) in 2021.

Perez immediately made an impact in ROH, winning the tournament to become the inaugural Ring of Honor Women’s Champion. This win made her one of the youngest champions in company history. While champion, Perez faced future AEW star Willow Nightengale before losing the title in a winner takes all match with AAA Reinas de Reinas champion Deonna Purrazzo.

After ROH went on hiatus, Perez signed with WWE in 2022. She achieved near-instant success as she won the NXT Women’s Breakout Tournament, earning a title shot against the champion of her choosing. Perez then teamed with Cora Jade to win NXT tag team gold before challenging for the NXT Women’s Championship. This pursuit was disrupted when Jade turned on Roxanne Perez, costing her a shot at the title. Luckily for her, however, Perez was not deterred as she went on to win the Women’s Iron Survivor Challenge. This resulted in her title win last night, ending Mandy Rose’s 413-day reign.