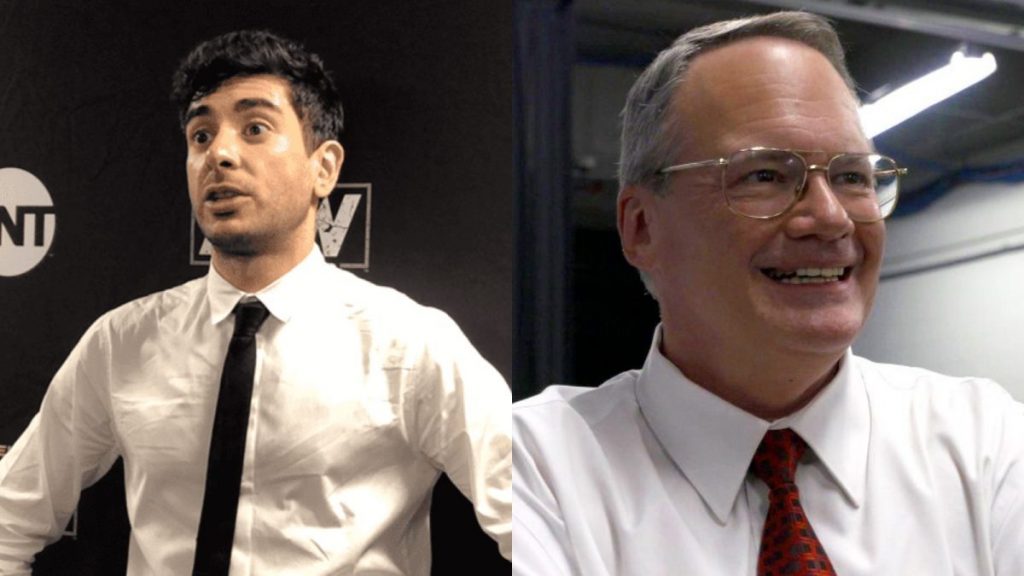 Tony Khan and Jim Cornette haven’t always saw eye to eye, but the two still share a common ground of being huge Wrestling fans, with Khan admitting that he is still a fan of the Louisville Slugger.

“To be fair to him, these are his opinions. He says what he thinks and there is stuff on the show that he’s liked before and there’s stuff he hasn’t liked and I think he’s still like that. He’s not saying he loves everything on the show but he has acknowledged a lot of great stuff that happened.What really tickled me and I thought was very cool was his line about CM Punk’s arrival about his debut appearance in AEW on The First Dance and I’ll never forget it. His exact quote was, ‘well it wasn’t what I would have done. It was a lot better. It was perfect.’ I thought that was awesome and it was very fair because I think it was our perfect moment and it was very cool of him to say. He has been very fair recently with the stuff he said and I think that’s great…”

Tony Khan then went onto say that he admires Jim Cornette and that without Cornette, he may not have been influenced to even get into the Wrestling business.

“I really admire him and have looked up to him since I was a small kid. I don’t know if I would be doing this without him because you know there are no textbooks on how to be a wrestling promoter. There are no college classes for it. When I was going to school when I was going to the University of Illinois Laboratory High School and then the University of Illinois for college, those interviews he used to do, he would sit around for 4 hours plus with the smart fans talking and guys would tape it with a camcorder. The quality was terrible but the audio was what was really important and he would talk and tell stories about being a wrestling promoter.

You know the forbidden door is something that is an important part of AEW, the ability to bring in stars from the outside or our stars traveling to other promotions and winning titles and putting on dream matches. It’s very cool but it’s not a completely new concept, the idea of companies working together. That’s something that I learned listening to him. Vince McMahon, Sr. really was very diplomatic about working with other wrestling companies. Andre The Giant was a great political asset for him and Andre The Giant traveled and Vince Sr. did business with a lot of these other promoters and had a pretty decent relationship for a very long time and there is no reason that can’t be done again and there is just a lot about wrestling history that [Cornette] knows and he’s put into the world.

I think a lot of us don’t necessarily agree with all of his opinions and clearly, he doesn’t agree with everything he sees on our show but he’s got a lot of fans for a reason and it’s cool to see he’s really enjoying some of the stuff he sees on the shows and I don’t think anybody can argue with the success, he’s an intelligent person. Look, we’re doing great. Dynamite has been a huge huge success, especially recently. It’s three straight weeks that we’re the number 1 show on all of cable…”

Jim Cornette is known by many as one of the greatest Wrestling managers of all time, aswell as a great mind for the business as a promoter, booker and historian. Tony Khan has made a reputation for himself in his 3 years in Wrestling as a good match promoter, with AEW’s PPV buys doing very well.