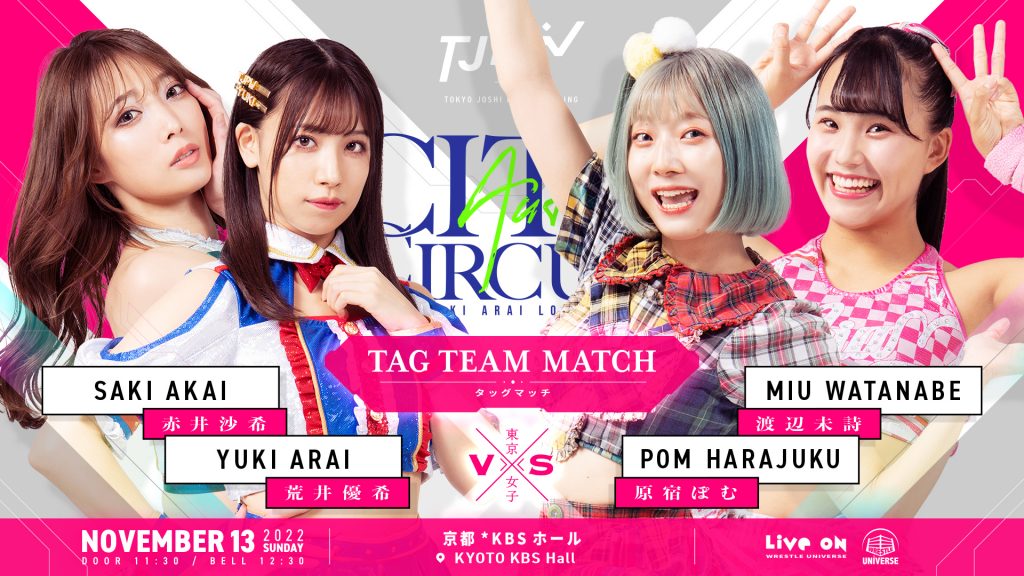 TJPW have revealed the official matchcard for the upcoming City Circuit Autumn Yuki Arai Local Triumph event, which will air on November 13th.

TJPW is currently preparing for the final months of the year, hosting many interesting shows as a part of their Autumn Tour.

Now, some days after hosting their latest event, TJPW have recently taken to social media to announce the complete matchcard of their Autumn Tour’s next show.

Via Twitter, the promotion announced the following matches and wrestlers will be featured during the upcoming City Circuit Autumn Yuki Arai Local Triumph event:

It is also important to mention that this show will serve as a homecoming event for the reigning TJPW Princess Tag Team Champions, Saki Akai and Yuki Arai.

The promotion has also revealed that Miyu Yamashita and Hyper Misao will be absent due to their upcoming commitments with Pro Wrestling EVE in the UK. Additionally, Nao Kakuta will be missing this show too due to her upcoming stage performances.

When & Where Can You Watch TJPW City Circuit Autumn Yuki Arai Local Triumph?

Fans will be able to watch this -and every other TJPW event- on the company’s official streaming platform, Wrestle Universe. In addition to TJPW, you will also be able to enjoy the best content from DDT Pro Wrestling, Pro Wrestling NOAH and Ganbare Pro Wrestling.