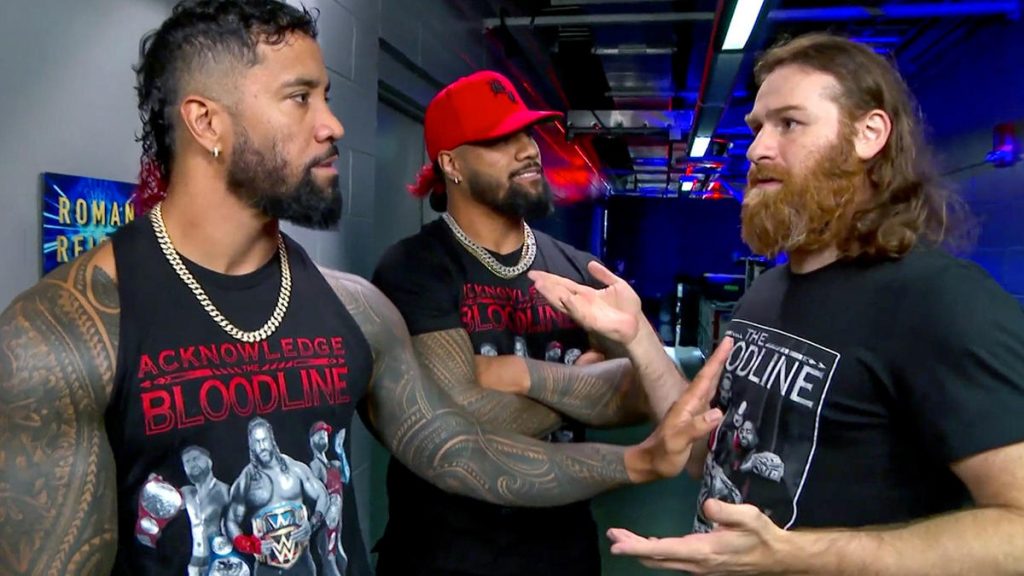 Sami Zayn has addressed on his current role on The Bloodline, as well as giving his honest thoughts on The Usos.

Sami Zayn has recently become an official member of The Bloodline, which is considered by many pro wrestling fans as the top faction in the entire WWE.

Ever since the rest of the group accepted him, Sami became an “Honorary Uce” and started to be closer to The Usos on WWE television.

During a recent interview, Sami Zayn has opened up about his current time with the group he shares with Roman Reigns, Solo Sikoa, Paul Heyman and mainly The Usos. While speaking to Mirror Sports, Sami Zayn took the opportunity to give his most honest thoughts on Jimmy & Jey Uso. He said:

“I’ve known [The Usos] for a very long time … they get a kick out of me. So that’s kind of art imitating life. They’re just fun loving guys.”

In addition to what he stated before, Sami Zayn opened up about how his personality makes his teammates laugh on-screen. While addressing on this, he said:

“I get asked about this a lot and I’ve been seeing fans talking about this a lot. The idea that these guys are laughing for real and it’s not something you ever do and it’s never really seen with WWE because we’re a very well-produced show so stuff like that often gets cut out.

Now, little bits of that are seeping into the show and I think fans are so taken aback by it or curious by it, because they enjoy seeing that little bit a reminder of the fact that the performers aren’t so buttoned down.”

H/T to Mirror.co for the interview transcription.