Recapping The Pandemic Era; The Era That Should Have Killed Professional Wrestling 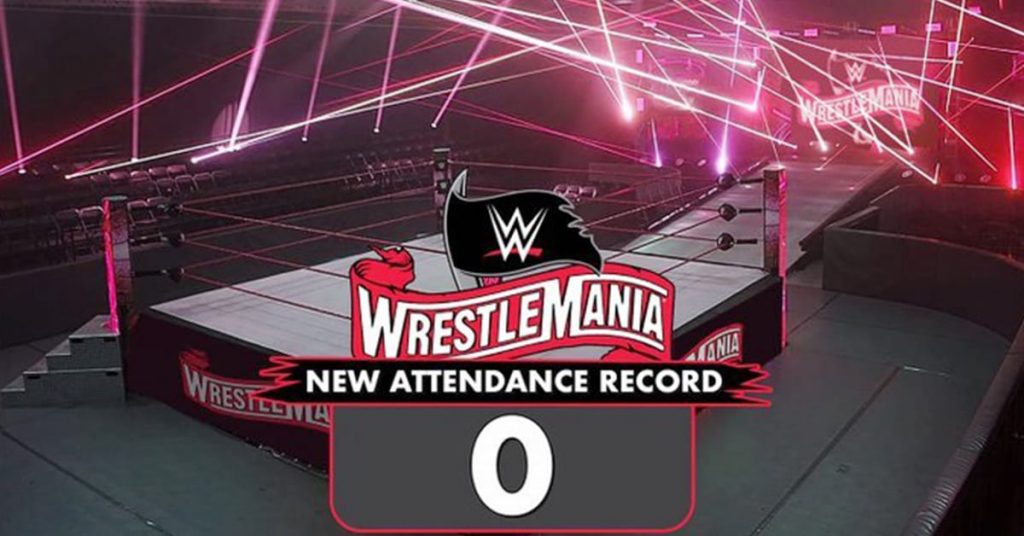 As the “pandemic era” of professional wrestling nears its final week, I would be remiss to not do a tribute. One of the most unique, roller-coaster rides of an era is inching nearer to its finale. It’s time to celebrate! Celebrate that it’s over… celebrate what it has taught us… and celebrate the moments it provided. Join me in recapping the good, the bad, and the ugly… of “The Pandemic Era.”

One of the best things to come from “The Pandemic Era” were the cinematic matches. These type of matches made its debut for the pandemic era with the Boneyard Match & Firefly Fun House at Wrestlemania 36.

We then got Stadium Stampede for AEW, Money in the Bank, the Swamp Fight, Sting’s return match for AEW, so on and so fourth. These movie-like matches made for very entertaining visuals, such as Undertaker coming up from behind AJ Styles.

These matches would have never happened had it not been for the pandemic. Undertaker vs AJ Styles was scheduled to be in front of a live audience inside of a wrestling ring. Stadium Stampede was originally going to be Blood & Guts in front of a live audience in a wrestling ring as well. The pandemic came in and caused for multiple changes of plans that resulted in masterpiece cinematic matches.

Who would have known that having no fans would actually help superstars with finding their ‘niche?’ We all know that fans are a pivotal part of the product that we enjoy. They can literally make or break the product. The power in the voices of “the people” is sometimes actually detrimental to the superstars.

They say the best reaction is any reaction. Whether you’re cheered, or you’re booed, any reaction is viewed at as a good thing. The thought behind this is that, if they’re reacting to you, they’re invested in you. If the crowd is dead silent then you may be in trouble.

This is detrimental to stars because with this logic, those with higher power like to keep the same things rolling, simply due to the fact that they think since it gets a reaction, it’s good. The biggest example of this is Roman Reigns.

Before the pandemic, Roman Reigns was the typical baby face. Do you remember his slogan “I can, I Will?” WWE tried to get Roman Reigns as close to a John Cena like character as they could. Fans hated the fact that he was green and needed work on a lot of things, specifically microphone skill, yet was given over exposure. He was GENUINELY not liked, however since he was getting these reactions, it was a good thing in WWE’s eyes, and they tried to milk it as long as they could.

When the pandemic rolled around and there were no fans now to react, WWE changed it up for Roman with a heel turn. It was during this period where you got to see how good the man can truly be. His microphone skills have improved tremendously and his mannerisms have as well.

If WWE were smart, as they head back to live audiences they should take note of how character development is real… and it works.