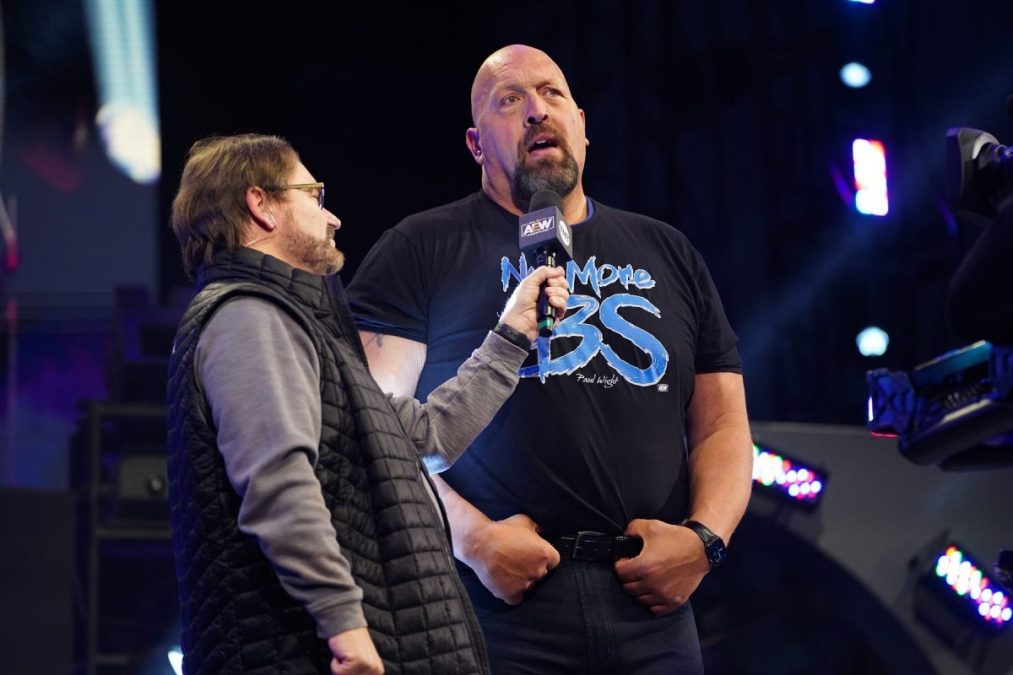 Paul Wight, also known as The Big Show, is undoubtedly one of the most respected pro wrestlers in the business.

Wight has made a huge name for himself ever since his time at WCW and, most notably, the WWE.

While speaking with Submission Radio, the AEW Star has revealed that he had another hip transplant surgery in December, and that he also plains to wrestle in small doses to help push younger talents.

“I had another hip transplant in December. So, now I have two fake hips now, I have two titanium hips so I’m like Wolverine,” Wight revealed. “So the focus for me has just been on rehab, physical therapy, and just getting stronger. And my thing coming over [to AEW], honestly, to be sincere, is I came over here to work on my commentary skills because that’s where my future lies in wrestling, that’s where I want to contribute to the business.

But I came over to compete periodically, in small doses, like I don’t see myself running for championships, that’s not my gig.

Maybe if it works out and there’s a younger talent that I can help bring along, like a tag team championship, maybe. I’ve done my five nights a week for decades, I’ve put in my time. Now, for me, it’s about not taking anything away from the amazing AEW talent here that deserves that TV time, that deserves that opportunity to make those connections with the audience, that deserves that ability to go out and earn those pay-per-view paydays, this is their time.”

So, that’s the smart thing you do, like I’m never gonna be a guy that’s going to come in and bully my way and, ‘I need my dressing room, I need to be fighting for the title.’ That’s not my MO. I want the business to do well and I want the talent around me to do well, and I’ll be okay.” (Via Submission Radio, H/T WrestlingInc)

Paul Wight signed with All Elite Wrestling on February 2021, after 22 long years with WWE.

Since then, he has served as a performer and commentator for YouTube’s AEW Dark.