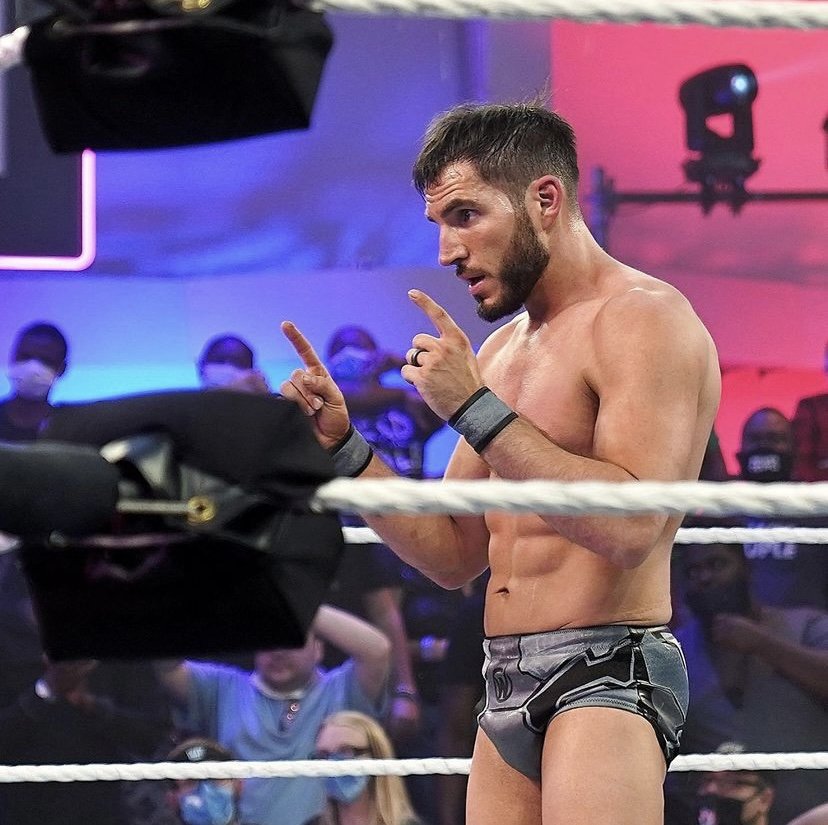 GOOD: NXT started out with Mandy Rose coming out bragging about how she became champion & how she defeated Raquel Gonzalez & she said Toxic Attraction run the NXT Women’s Division. She started wondering where the rest of Toxic Attraction are & we cut to the back where Gigi Dolin & Jacy Jayne were beating up Zoey Stark. Io Shirai’s music then hit & said she wants a match with Rose right now & Rose said she’s not afraid of her and then started beating up Io until Io got the upper hand. Io was about to hit a moonsault until the rest of Toxic Attraction came out to beat her up. Kacy and Kayden came out to help Io at the end. This was a good opener.

GOOD: Cameron Grimes showed up to Duke Hudson’s poker room & Grimes started playing instantly with other people at the table. This was short, and said to be continued.

POOR SQUASH: Dakota Kai defeated Cora Jade in a clunky squash match that made both women look like amateurs.

GOOD: After the match, Kai looked to beat up Jade, including putting a table over her face. It looked like she was going to jump onto it, but she decided not to. She then put Jade’s skateboard over her body. This showed a psychotic side of Kai and it worked.

GOOD: A promo package for MSK was shown where they talked about how they will find their way back & this was simple, but it was fun, as MSK are.

TERRIBLE: Robert Stone got on the mic with Xyon Quinn in the ring & said that Quinn is jealous of Stone. Stone then began singing and dancing & this just did not work. It was not entertaining at all. Quinn then took the mic from Stone and said he only came out here to beat up Stone. Quinn then decided to do it & HBK’s music hit & Quinn started singing it & Stone tried slapping him, only for Quinn to grab him and then their match started. This all was unnecessary.

GOOD SQUASH: Quinn squashed Stone, but Quinn looked awesome doing it. He beat him with a jackhammer type of move.

AVERAGE: Legado Del Fantasmo defeated Von Wagner & Kyle O’Reilly in an alright match. Not much to say about this.

GOOD: A backstage segment with TrickMelo where they hyped up their match tonight and Andre Chase walked up. He said that he will have their back since they had his last week. McKenzie Mitchell then asked Andre Chase how he feels about people calling him a coward & Chase said no one calls him a coward and seemed like he was going to the ring to beat up someone. Chase is so entertaining.

GOOD: Another vignette showed where Grimes was in Hudson’s poker room & Grimes kept winning & Hudson said that he had enough of Grimes’ luck. The people at the table lessened & Hudson said that Grimes had no shot at beating him. This was entertaining.

GOOD: Andre Chase got on the mic & said that he heard people are calling him a coward. He said what they have now is a teachable moment & Andre Chase said that the only thing people have to fear is Andre Chase & he called out anyone who wants a fight. Bron Breakker’s music then hit. This promo was entertaining.

GREAT SQUASH: Bron Breakker defeated Andre Chase in a squash match that really showed how awesome Breakker is in the ring.

GOOD: After the match, Breakker got on the mic & said that Ciampa took advantage of his inexperience in the ring. He then said there is nothing that pisses him off more than losing & he will beat Ciampa for the NXT Championship or he will die trying. Simple, but awesome.

GREAT: Lashing Out with Lash Legend aired next & talked about certain costumes from halloween havoc & then invited Tony D’Angelo onto the show. Legend then accused Tony D of kidnapping her producer Mark & said that they have Mark in the studio today. Mark then came out & Tony D had Mark say hi to his boys and wife & had him tell Legend everything was alright. Tony D said his goal is to make money and beat up guys like Dexter Lumis, Johnny Gargano & Tomasso Ciampa. He then gave Legend money to get herself something nice. This was by far the best part of the show.

GREAT SQUASH: Solo Sikoa defeated Jeet Rama in a very impressive squash match where he was very over.

AVERAGE: A vignette was shown for Brooks Jensen & Josh Briggs where they talked about how tough they are and this was just average.

AVERAGE: Boa defeated Grayson Waller after a match that was getting good until L A Knight interfered.

AVERAGE: Another package was shown where it was down to Hudson and Grimes in the poker room with everyone watching. They both went all in & Grimes ended up winning and Hudson was pissed off. This was a nice ending, but it just felt alright.

GREAT: Tomasso Ciampa came out and said there is a new shift in NXT and everyone lost their title matches last week, except him because he is the God of NXT. He said with the NXT Championship, there is a target on his back. TrickMelo came out and said it’s not about him anymore and Hayes said it’s about him. Hayes said Ciampa will take a backseat to Hayes. Ciampa then came back at Hayes & said he almost had him, but he doesn’t believe that Hayes believes a word he is saying. He then slapped Trick and left the ring. The Way’s music then hit and Ciampa and Gargano had a stare down. That was awesome.

GREAT: TrickMelo defeated The Way in a great main event. Hayes keeps on proving why he is one of the cornerstones of the future.

Overall, this show felt about double it’s actual time, which is not a good thing whatsoever. I have never seen a show cram so much into two hours of TV. Parts of the show were great and enjoyable, like the main event and the Breakker and Sikoa matches, but most of the show just dragged. The segment involving Xyon Quinn and Robert Stone was one of the worst segments I have ever had to review.