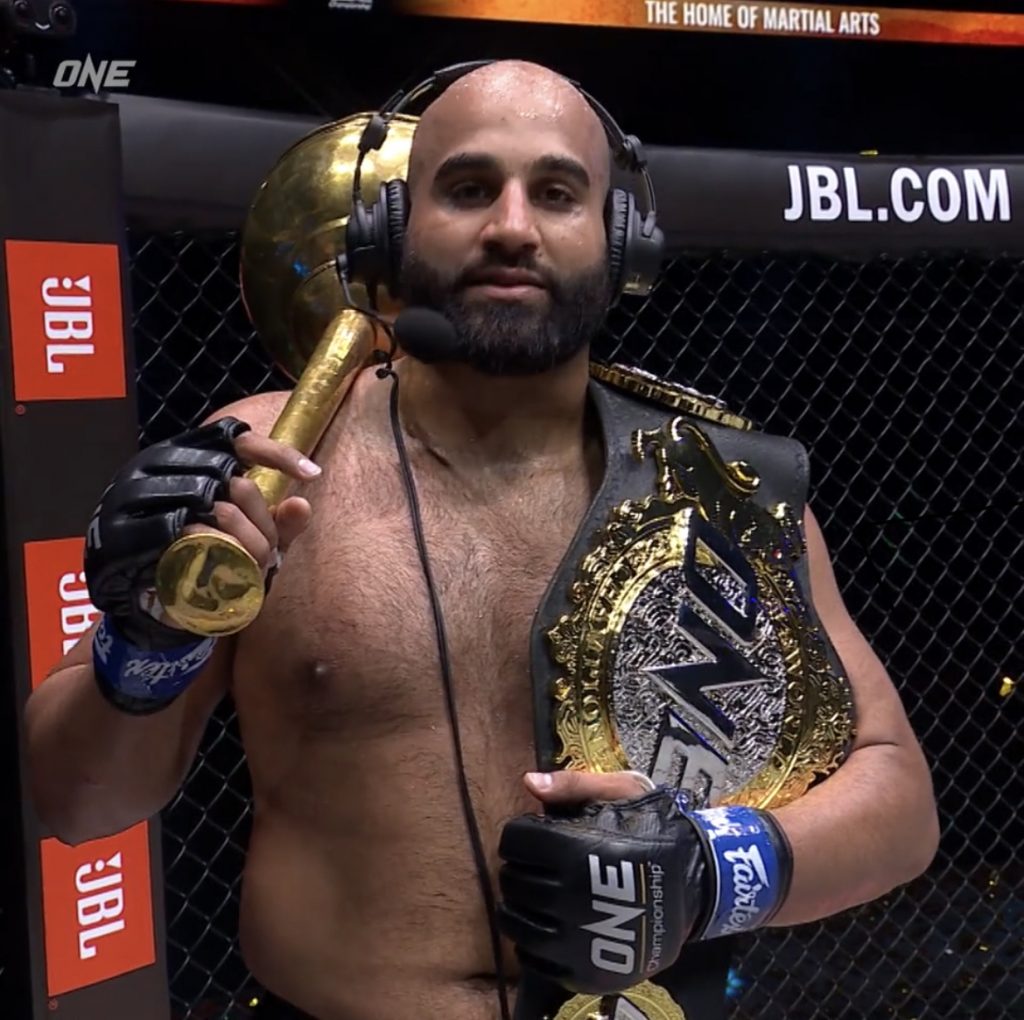 Following becoming the first ever Indian ONE Heavyweight World Champion this morning after defeating Brandon Vera by TKO, Arjan Bhullar laid out a “warning shot” to both AEW & WWE.

Arjan is an experienced grappler but has never stepped into the squared circle as a professional wrestler. He was formerly signed with UFC, but now Bhullar has found a home with ONE Championship on a long-term deal.

Here is what Arjan had to say following his big win over Brandon Vera this morning:

“I have reached the pinnacle of this sport, now, I want to attack the pro wrestling industry. AEW, WWE, I’m coming for you guys next, consider this a warning shot.”