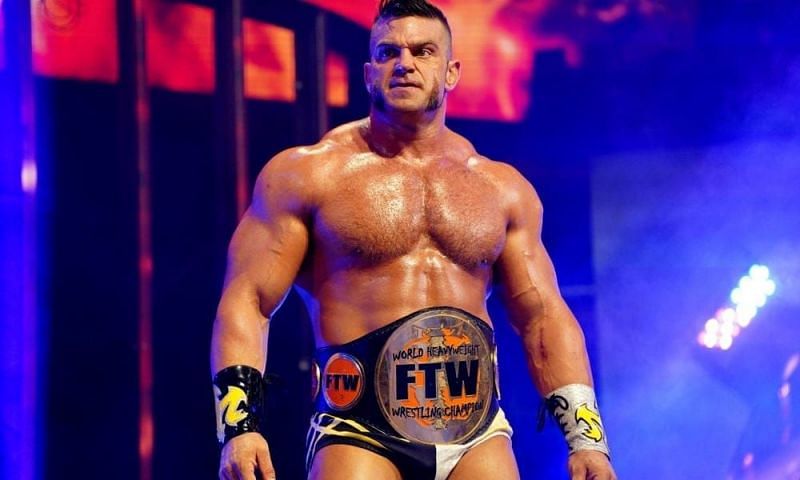 The reason this didn’t take place is that at the time of Double or Nothing in 2019, Brian Cage was the IMPACT World Champion and IMPACT didn’t want their World Champion being beat.

Brian Cage recently talked about this on the Dynamite Download show. Talking about the plans for his debut Cage said…

“I was talking to Cody and the Bucks, and even Kenny, I get along with all of them really well, I think Kenny and Nick are my two bigger fans. Needless to say, they were talking to me about doing something for Double or Nothing. I was IMPACT World Champion, but I was out because I hurt my back and was out six weeks, but I was pretty much good to go for Double or Nothing. I was a super surprise, nobody knew, not even the people in the battle royal. Cody is like, ‘Hey, I don’t want to insult you and put you in the battle royal. It’ll be for the number one contendership, so it’s a good battle royal, but we can’t have any of our signed talent go under you, but we don’t want anybody to beat you, so in a battle royal, if you don’t win, you’re not losing.’ I was fine with that as a compromise. It was super hot and everyone was excited and nobody knew, even the people in the match. They were going to put me over huge, I was eliminating a good amount of everyone, and it was going to come down to me and Page because he was the Joker.”

“Once IMPACT found out I was losing, they pulled me from the pay-per-view,” he said. “I was so hot and arguing with them, so were Kenny and Jericho, who was with Don. It’s funny because fast forward and now Don is with AEW. I’ve brought that up plenty of times. Maybe not even two hours before the match, I got pulled off the show. I was going to do it anyways because they were threatening to sue me. Technically, from how it was worded in my contract and because I was technically still under an El Rey contract with Lucha Underground — that’s how Fenix and Pentagon were able to compete — I was like, ‘Okay, if they actually take me to court, I’m going to win.’ Billy Gunn and Tommy Dreamer pulled me aside and said, ‘Regardless of what’s in your contract, if I were you, I would not do this match. I know it sucks, but if you go through with this, they’re going to pull you and AEW into court, even if you don’t lose, you have to spend money in court. you’re going to make IMPACT and AEW spend time and money in court, and now you’ll have two major companies have heat with you. You’re too good of a talent to be left in the middle of all that. I know it sucked, but bite the bullet, don’t do the show, and move on.’ I did that, I was apologetic. Tony was cool about it and everyone was apologetic to me.”