Honestly: Triple H will NOT save WWE 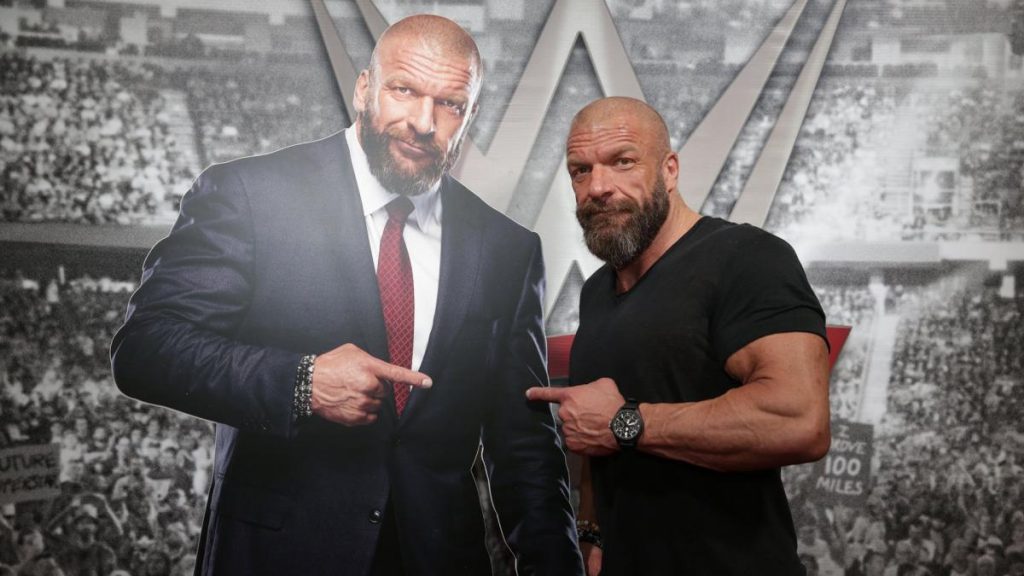 Using the success of NXT as evidence, many wrestling fans have envisioned the future of WWE as a positive one spearheaded by the cerebral assassin Triple H. His black and gold brigade has set the standard for wrestling companies across the globe as its ability to combine the modern style of wrestling with WWE’s pompous presentation has resulted in a near perfect product. Despite this however, if Vince McMahon was to resign as chairman of the company and completely cut ties with WWE right now, the truth is Triple H would not save WWE from many of its flaws.

While things such as last minute booking changes and repetitive matches would most likely be phased out once Triple H takes the helm, other facets of WWE programming such as the three hour RAW and a reliance on part-timers will unfortunately stay.

You ain’t talking money, Then your talking don’t matter!

The third hour of RAW, despite being the lowest viewed hour most nights, still brings in more money for WWE than if USA were to put on an episode of Chrisley Knows Best at 10pm. In 2012 when the third hour of RAW only tested post-July, WWE was making $89 million domestically through their TV deals. In 2013, WWE was making $106 million off of their domestic TV deals aided mainly by their new deal with USA for the third hour (and their new Main Event show on ION).

Part timers are an evil necessity that are able to pop a rating when needed in order to appease USA and FOX. When WWE advertised a Legends Night edition of Monday Night Raw, the show garnered 2.128 million viewers which was a tremendous increase from the 1.769 million viewers in the previous week.

The Saudi Arabia deals, despite tanking the dub’s stock price, despite plaguing the dub’s reputation in the mainstream, and despite dividing the dub’s fanbase, made WWE $250 million from 2018-2020.

Most depressing of all, the recent consistency of mass firings were able to cut out contracts that were not being utilized and therefore saved wasted money. Although this practice is merciless in its execution, cutting contracts such as the one paying Braun Strowman $1 million per year was smart from a business standpoint. All of these business practices are incredibly anti-consumer (and to an extent anti-worker) but the facts speak for themselves.

From 2009-present, WWE has never recorded a decrease in their annual revenue. In fact, WWE recorded their highest annual revenue in the history of the company in 2020 with $974 million in revenue.

Some would point towards NXT and AEW as wrestling promotions that are able to bypass these shady business tactics and instead cater towards the wants of the fans in order to succeed. However, NXT was unprofitable until striking a TV deal with USA at which point many fans noticed a drop in quality for the product. AEW brought in an estimated $61 million in 2020 revenue (according to Brandon Thurston of Wrestlenomics), a number which not only pales in comparison to WWE’s $947 million but makes them unprofitable due to an expensive video game development division.

Even if Triple H was willing to stomach a massive decrease in revenue in order to completely revamp the product and the politics surrounding it, Vince McMahon has a slew of talented executives such as Bradley M. Blum, Kristina Marie Salen, and Nick Khan that would not allow Triple H to jeopardize the bottom line.

WWE is a wrestling company that caters towards the whims of an average fan rather than the core tenets beloved by the hardcore fanbase as there is more money to be made in the mainstream. There is hope that a better overall product would result when Triple H takes over, however Vince McMahon’s business first tactics are going to stay whether the fanbase likes it or not. If you’re not down with that, you’re…unfortunately going to be let go for budget cuts and we wish you the best in your future endeavors.