Honestly: The United Empire will Dominate wrestling in 2022! 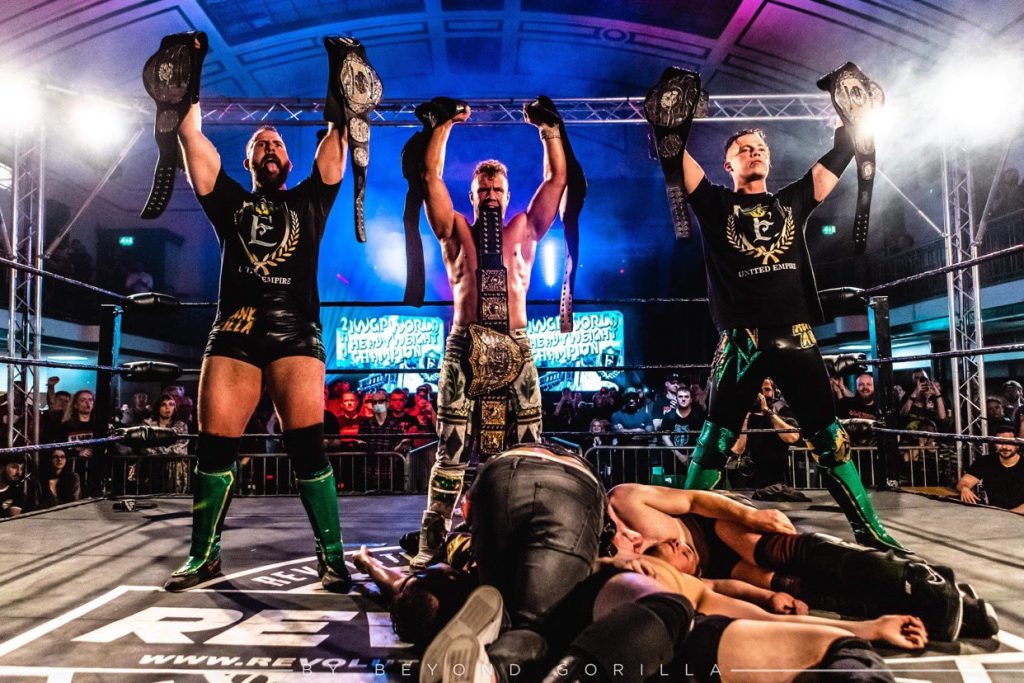 The United Empire has done nothing but dominant in the last few months In NJPW However it feels like this group is spreading around in all the good ways! Adding a different dynamic to this group making it a lot different from other factions in jot just NJPW but all over the world! The United Empire was already making headlines in 2021 however in 2021 I have a feeling their dominance in and out the ring shall be bigger than it is now!

Starting off with the leader. Will Ospreay who has done nothing more than silence all critics in every one of his matches since moving up to a heavyweight last year after WrestleKingdom. But nothing has been better since silencing the world in creating the United Empire. This group has formed and done nothing but succeed. Will has won the New Japan Cup as well as defeating Kota Ibushi to gain the IWGP Heavyweight championship before having a successful defense against Shingo Takagi earlier this year at Wrestle Dontaku in May. From all the smack talk and attitude I feel as if we are seeing the current best version of Ospreay as well as one of all the time greats in NJPW History.

Moving on to the Faction aspect. In many Factions you have something that has been played over and over you have certain superstars who are used to being in groups or used to being a dirty wrestler but the thing about the United Empire it feels almost like a group who has each individual member that can go out and wrestle a classic all by himself and even with this group being born we have not seen any type of assaults from behind during the matches because the Big Names like the Imperial Unit Jeff Cobb and The Great O-Khan As well as One of the newest members Aaron Henare. These are the type of men who do nothing more then spread the good name of the United empire with their individual success.

Finally, what makes this group one of the most promising is the mindset of the newest Members. Will Ospreay has decided to go around the world and compete as well as scout for members and in that time, he’s gotten one of the best if not the best rising tag teams in the world in Aussie Open ((Kyle Fletcher and Dunkzilla Davis.)) But didn’t stop there as during one of the most recent NJPW Strong events adding one of the best technical wrestlers in the business today that being TJP. Now seeing the accolades between all these men sure it’s impressive but what’s even more impressive is now that all of the United empire is growing day by day and the confidence of these Wrestlers gets higher. Just how dangerous will the United Empire be in 2022? Let’s keep watching and find out.