Honestly: The Superkick Needs To Be Redefined. 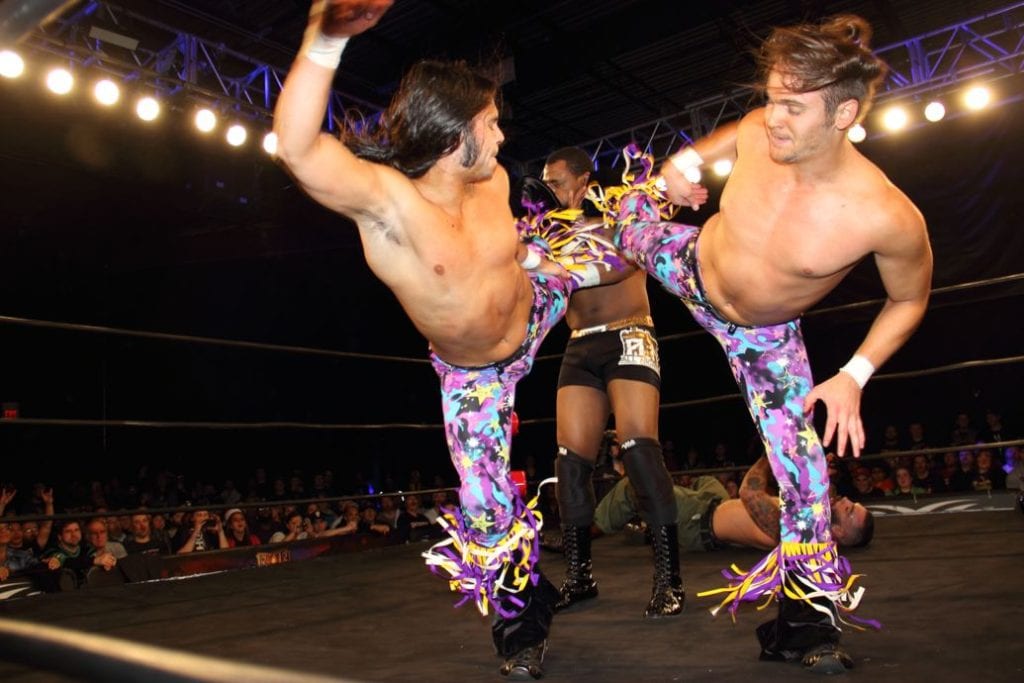 The superkick is probably the most common strike in modern wrestling. Since being innovated by “Gentleman,” Chris Adams, it seems that almost every performer who’s ever used a strike-based style has hit one. However, I have an issue with the ubiquity of the superkick. In this (admittedly longer than usual) article, I’ll start by setting out the problems  with the superkick-status quo. Then, using three modern examples, I’ll argue that the superkick is far better when it’s used as a finisher.

In kayfabe, the superkick is a sharp kick to the jaw, delivered to knock someone out. By far the most iconic superkick of all time is Shawn Michaels’ legendary Sweet Chin Music. HBK would launch himself from the corner, plant his boot squarely in his opponent’s face and, more often than not, pin them clean. This makes perfect sense. If you kick someone in the head, especially as a trained athlete, you’re probably going to knock them out! The force of impact travels through the jaw and face, effectively shaking the brain. This is the reason why MMA and martial arts bouts often end with head kicks or shots to the head.

So, I ask you. How does it make sense for some performers to take multiple superkicks without inflicting concussions? Why is a move that would end a shoot fight used as basic offence by teams like the Young Bucks? The superkick is probably the most over-hit move in wrestling today, but there is hope.

I’m now going to unpack three examples of performers and teams who use the superkick in a more nuanced way.

The Usos- Setting up a finisher

The Usos do use a lot of superkicks, more than my other examples. However, when one of the brothers hits the kick, it tends to legitimately stun the opponent (if sold well). Take their most recent tag matches against the Mysterios. Whenever Jimmy or Jey kicked Rey, he was kept out of the match for a few minutes. Focusing on their tandem superkick, we can see that they use it to set up the Uso Splash currently. As heels, the kicks would end matches alone. Now, in kayfabe or real life, a 200+ man jumping on you would be enough to pin most people. But, the fact they lead with two Nike Air Force to the chin probably doesn’t hurt!

Lots of wrestlers around the world use a strike to set up a finisher. Kenny Omega will land a V-Trigger or two before hoisting some poor unfortunate for the OWA. Will Ospreay seems to take sadistic pleasure in nailing a Hidden Blade before the Stormbreaker. But I think this is a good use of the superkick, to do the real damage before a finisher.

Anna Jay- Shutting down her opponent

Anna Jay’s Dangerous J Kick is a superkick variation with a bent striking leg- giving the appearance of the letter J. She tends to use it to shut down offence from her opponent. As seen several times on Dark, Anna would find herself in the corner. Her opponent would come barrelling in, only to catch the Dangerous J. Cue a rally, fightback and Queenslayer for the finish.

Here we can see that the superkick doesn’t have to be spammed repeatedly in order to be effective. One well hit superkick that makes sense in kayfabe can be much more effective than one thrown for no particular reason.

Finally,  we move to (in my opinion) the best superkick in the business today. “Cowboy,” James Storm still uses a superkick, the Last Call, as his primary finisher. I’ll admit that he’s not in the first flush of youth, but the slightly slower kick is actually an advantage. Storm is able to connect with his boot in a more controlled way, making the shot look more impactful. In an interview with Sportskeeda, Storm compared the Last Call to the Young Bucks, saying they can knock people down with theirs, but I knock people out’.

This I think encapsulates my problem with the state of the superkick. As I’ve covered, the strike is a fight ender. Yet, so many performers use it as an offensive strike or knockdown tool. However, there are legitimate uses for the move. The Usos tee up their finisher, Anna Jay shuts down her opponent, and James Storm lays people out with it. It is therefore logical for me to say, that we need to redefine the superkick.