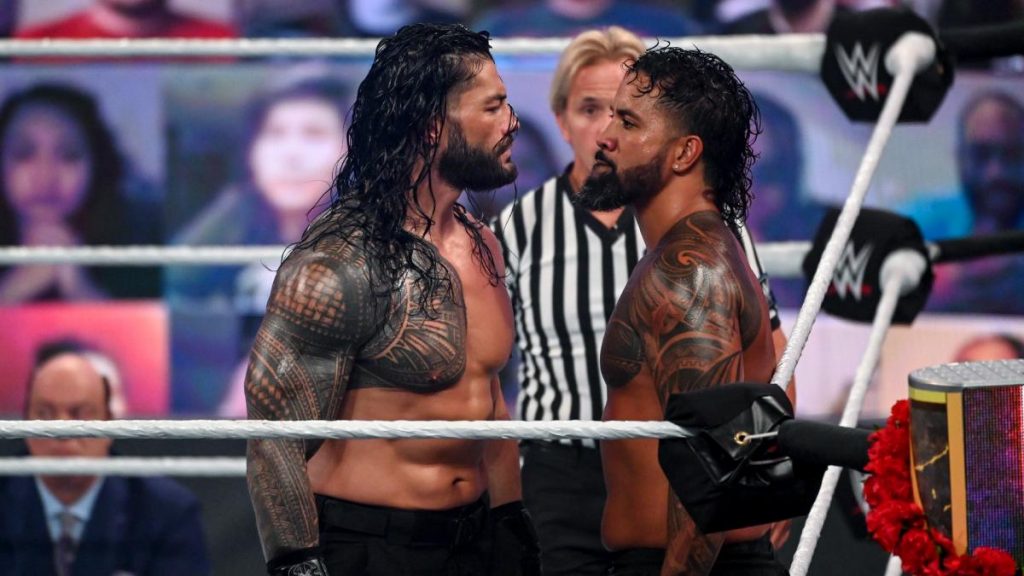 When Roman Reigns returned to WWE last Summer under this new incarnation, his first feud was with Jey Uso. Everyone with a working brain knows that a champion’s first feud sets the tone for the rest of his reign. That’s why without Jey Uso, this run would pretty much either be MUCH DIFFERENT or a FAILURE. Everything turned out the way that it did because Reigns had Jey to feed off. He had the story of talking to his own family and calling himself the head of his table. Without cousin Jey, there would have been no room for the OG’s Afa & Sika to crown Reigns. Roman Reigns NEEDED Jey Uso and the family feud so that “acknowledge me,” and “I’m the head of the table” could work. He needed Jey Uso to be crowned the “tribal chief.”

Could you picture Roman Reigns just walking up to Kevin Owens and telling him “hey man, I’m the head of the table, I’m the tribal chief, acknowledge me,” without first having his story with Uso? I mean perhaps he could use “acknowledge me” but everything else would just be “what tribe are you the chief of?” “How are you the head of Owens table? That makes no sense.” Jey Uso paved the road that became Roman Reigns’ title reign. Nothing about it would be what it is today had Reigns never had his cousin to feud with.

Look, the reception to Reigns’ run is exceptional. Everyone seems to love Roman Reigns and this new iteration of him. While that’s fine, the fact remains that you should be saying thank you to Jey Uso. Jey Uso should be given his well-deserved flowers for what he has done for the reign of Roman Reigns. I guarantee you, if you tried to picture what Reigns’ run would be without the Uso feud it would be impossible. That’s because Uso; for lack of better terms, MADE Roman Reigns’ title run. If you look at it like the domino effect, Jey Uso would be the first domino that’s pushed down so that the rest could flow. Without Uce everything would be so drastically different.

I for one am no fan of Roman Reigns but I acknowledge (see what I did there?) that there very much are tons of people that recognize Reigns as one of the best, and it’s because of this run. So if this run is what makes Reigns so good, say thank you to Jey Uso. He’s the biggest piece of this story. Oh, and I would be remiss if I didn’t say Jey Uso was all across the board the best thing in Roman Reigns’ own story.