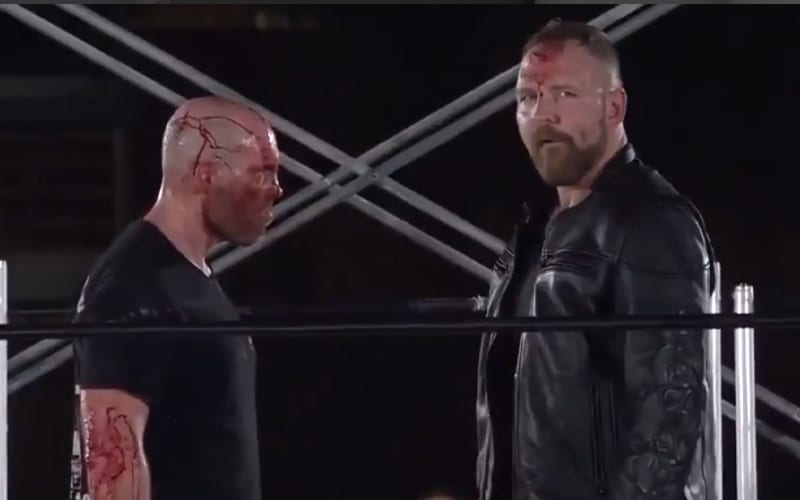 If you’d have asked me “Who’s the scariest character in wrestling today?” three weeks ago, I wouldn’t have said Nick Gage. I hadn’t even heard of “The King.” Admittedly, my interest in wrestling hadn’t really touched the independent circuit or the world of deathmatches. However, when I saw Jon Moxley’s tour of the indies beginning, I was intrigued by Gage

You might be surprised to see me describe Nick Gage as the scariest character in wrestling. There’s nothing deliberately fear-inducing in his gimmick. He’s not supernatural like the Fiend or a master of the mind game like Jay White. However, I would say it’s the way that Gage connects with crowds that makes him so terrifying to watch and face in the ring.

Let’s start by analysing his entrance. Immediately after the opening riffs of For Whom the Bell Tolls ring out, Gage leaps from behind the curtain. Now I’ll be the first to admit that a GCW crowd tends to be more invested than your average sports crowd. But the way the chants of “MDK!,” and “Nick F’ing Gage,” almost immediately start is cool to the point of being somewhat unsettling. Following that, the extensive (and profanity-laden) call and response ring intro really gets the crowd fired up

That’s a consistent theme with Nick Gage. He’s so incredibly over with the fans that it is scary. These people around the ring are so invested in the character, his ring work and his propensity for violence. They want to see light tubes, broken glass and his signature pizza cutters used on his opponent. For as long as the King is in the ring, pain and bloodshed will follow.

Of course, I need to be clear that this is not intended to criticise Gage fans. I’m not trying to insinuate that Gage’s “Gang,” are in any way lesser than other wrestling fans. However, Gage evokes a visceral, primal reaction in the GCW faithful that reminds me of Lord of the Flies. Watching Nick Gage made me forget my humanity for a few minutes, and that was through a screen! What must it be like to see this in person?

Part of Gage’s appeal is his aura of invincibility. This is a man who died for seven minutes at Tournament of Death VIII (as revealed in the recent Dark Side of the Ring documentary). A man who held the GCW Heavyweight title for 722 days, taking on all comers. This is a man who returned from five years behind bars ready to fight and win.

Ultimately, Nick Gage is the scariest character in wrestling today. Not because of any mystic power or psychological warfare, but because he connects with people. The crowds he performs for are taken on this blood and adrenaline fuelled ride, abandoning reason and rationale. Nick Gage’s rise to prominence continues with his upcoming matches against Matt Cardona and Jon Moxley, and I for one cannot wait to see where the scariest man in modern wrestling will take us next.