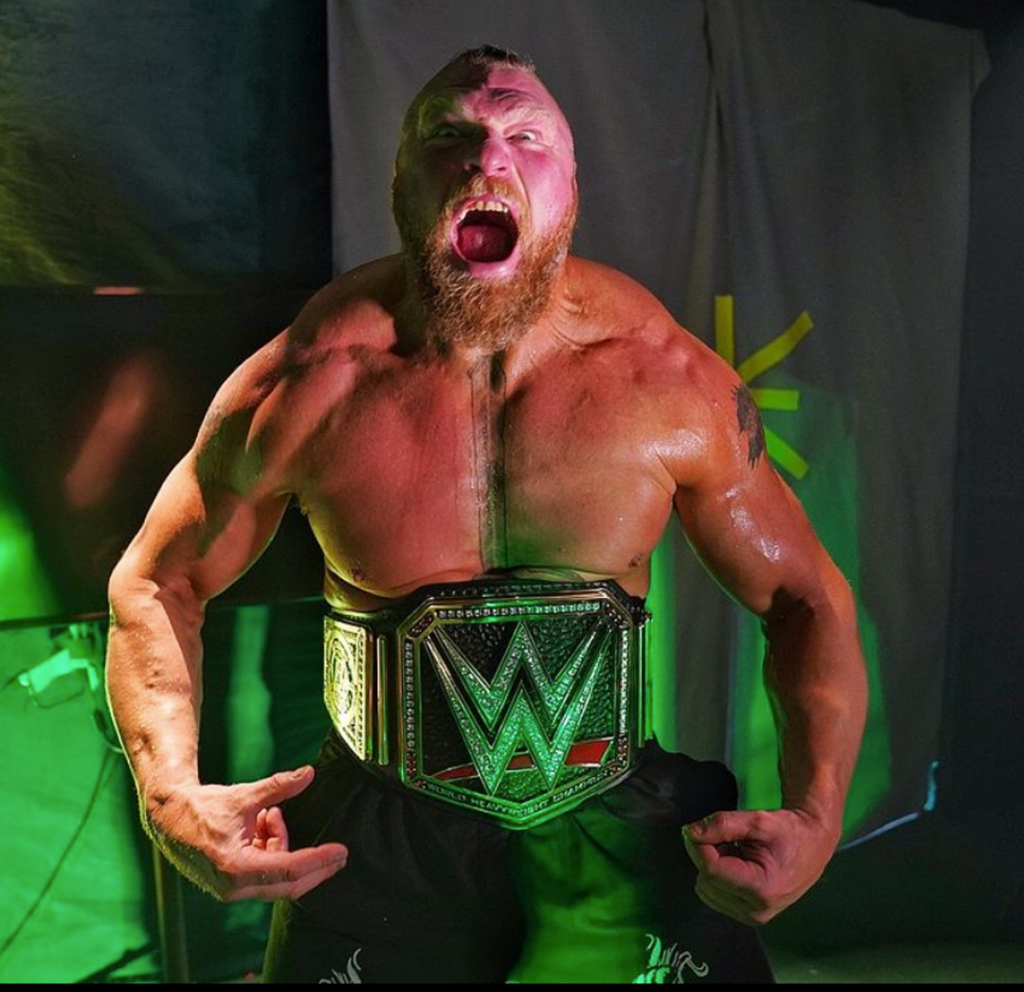 This year’s Elimination Chamber comes to you from Saudi Arabia for the first time ever. Roman Reigns defends his Universal Championship against the Hall of Famer, Goldberg. Will Reigns retain or will Goldberg remain undefeated in challenging for the Universal Title? Bianca Belair, Liv Morgan, Doudrop, Alexa Bliss, Rhea Ripley, and Nikki ASH step into the elimination chamber to challenge for the RAW Women’s Championship. Naomi and Ronda Rousey team up against Smackdown Women’s Champion Charlotte Flair and WWE official Sonya Deville. Will Ronda having her hand tied behind her back be enough for Deville and Flair to gain the win? Becky Lynch defends the RAW Women’s Championship against Lita, who returns to the ring for the first time in 16 years. The Usos face The Viking Raiders for the Smackdown Tag Team Titles. In the main event, Brock Lesnar, AJ Styles, Austin Theory, Riddle, and Seth “Freakin” Rollins join reigning champ Bobby Lashley for the WWE Title.

AVERAGE: Roman Reigns vs Goldberg for the Universal Championship. Goldberg had a few shots in this match when he was able to deliver a spear on two occasions. However, Roman was able to reverse two jackhammers, preventing Goldberg from finishing the job. Roman Reigns locked Goldberg in a Guillotine and despite Goldberg’s best effort, Goldberg blacked out, allowing Reigns to retain.

GOOD: Bianca Belair vs Doudrop vs Rhea Ripley vs Nikki Ash vs Liv Morgan vs Alexa Bliss in an Elimination Chamber Match. An extended absence from the ring didn’t stop Alexa Bliss from making it to the final two. Ripley gained revenge on her form tag partner and eliminated Nikki Ash early on. This moment of sweet revenge was short-lived as Ripley was eliminated by a KOD from Belair. The last two of the match, Bliss and Belair, saw Bliss get frustrated that she was unable to put away Belair. Bianca used this to her advantage and won the match.

BAD: Charlotte Flair and Sonya Deville vs Ronda Rousey and Naomi. Ronda adhered to the stipulation of fighting with one hand tied behind her back while Sonya Deville miraculously shed her cast and competed able-bodied. Even this was not enough to even the odds between Rousey and Deville. Rousey locked Deville in a submission hold and Deville tapped out while her tag partner looked on disinterestedly.

AVERAGE: Drew McIntyre vs Madcap Moss in a Falls Count Anywhere match. This match turned into a handicap match as Happy Corbin helped Moss to gang up on McIntyre. Madcap Moss took a brutal bump on his head but was somehow able to continue the match. Madcap Moss and Happy Corbin threwMcIntyre through the barricade but Drew was able to kick out. A future shock DDT and a claymore finished off Moss and allowed McIntyre to gain the pinfall.

GOOD: Becky Lynch vs Lita. in her first match in sixteen years, Lita looked like she would be quickly defeated. She turned things around, however, and was able to hit Lynch with a Twist of Fate and a Litasault. Lynch kicked out of a pin and reversed a second Twist of Fate into a Man Handle Slam. Lynch gained the pin to retain her title.

GOOD: Bobby Lashley vs AJ Styles vs Riddle vs Austin Theory vs Seth Rollins vs Brock Lesnar in an Elimination Chamber match for the WWE championship. This match quickly guaranteed a new champion after Seth Rollins powerbombed Austin Theory into Bobby Lashley’s pod, injuring the Almighty and knocking him out of the match. The unexpected injury caused another wrinkle when the time came for the last of the two pods to open and it was Bobby’s pod. Since Lashley was removed from the match, Lesnar took it upon himself to force his way out of his pod and into the match. Lesnar made quick work of Rollins, Styles, and Riddle, leaving himself and Theory as the final two. Theory took a major bump when Lesnar hit him with an F5 off one of the pods. That was enough for Lesnar to gain the pin and regain the title.

The final stop before Wrestlemania advanced some storylines and featured some ok matches. Goldberg put in a valiant effort but it was not enough to defeat the Tribal Chief, who remains on God level. Roman Reigns locked Goldberg in a guillotine submission hold and, despite Goldberg’s best efforts, took out Goldberg and allowed Reigns to retain. Bianca Belair outlasted the other five competitors to secure herself a title shot against Becky Lynch at Wrestlemania. Ronda Rousey proved that she remains the most dangerous woman on the planet, as she forced Sonya Deville to tap out even though Rousey had a hand-tied up. The match for the Smackdown Tag Titles proved not to be as the Usos were more concerned about doing whatever it took to retain. In this case, it meant taking out their opponents before the match began. The main event Elimination Chamber Match saw Bobby Lashley get taken out before his pod even opened. This guaranteed a new champion and allowed Brock Lesnar to make quick work of the other competitors. An empathic F5 by Lesnar on Austin Theory finished the match and allowed the Beast Incarnate to become WWE Champion for the seventh time and his tenth heavyweight.