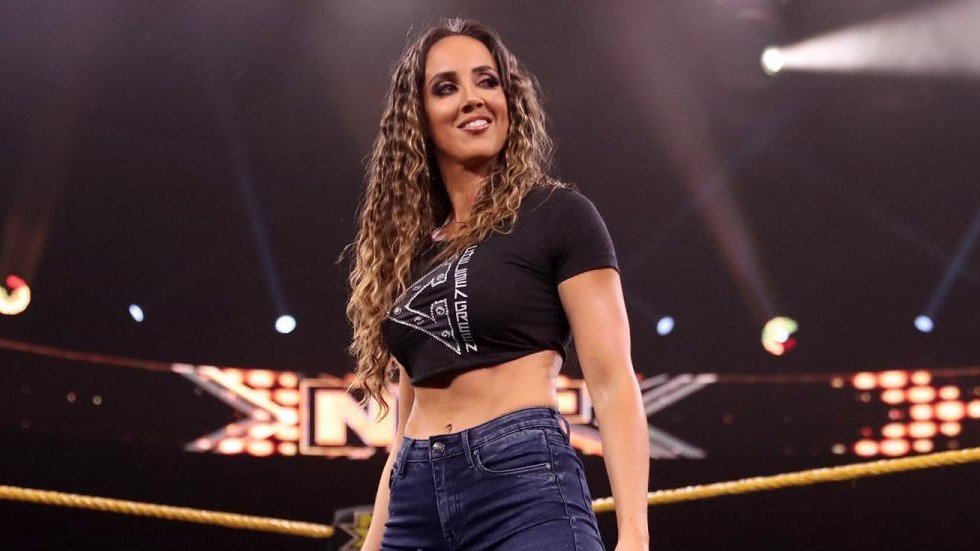 After being released from WWE this April, Chelsea Green has revealed about WWE attitude of their talent being apart or attending the greatest independent wrestling PPV…. All In.

On her podcast “Green with Envy”, Green who took part in All In talked about the legendary PPV in 2018 in which she participated in a four way match with current AEW Woman’s Champion Dr Britt Baker DMD, Madison Rayne and Tessa Blanchard. Green would talk about her contacting Cody Rhodes as to how she could be a part of the PPV.

“When I first heard about All In, I knew I had to be on it.” “Honestly, I was willing to make myself look like a fool if I had to, and beg the guys so I could get on the show. I actually sent a text to Cody Rhodes, because at the time, I didn’t really know the Young Bucks and I had never met Kenny Omega. Cody was kind of the only person that I knew, so I texted Cody and I told him, I give him the spiel. ‘I would love the opportunity to be on the show. If there’s any spots open, blah, blah, blah.’ And he responded, I don’t remember exactly what he said, but it was just a very vague text, ‘okay, cool. Thanks.’ Nothing confirming I was on the show, nor denying.

“I never heard anything again until I saw my photo on the All In card. They tweeted it. I mean, it was the best day ever. Maybe Cody asked me for a graphic of myself and that’s how I found out? I can’t remember. He either asked me for a graphic, but he didn’t tell me I was on the show or just posted the graphic and I saw it. Anyway, I can’t remember, but it was very random and extremely exciting honestly. I knew no matter what happened that this was going to be a huge show, a huge opportunity. Now I had no idea at this point that AEW was going to come from it, that All Elite Wrestling was going to stem from the show. I only knew that this was a massive standalone show and that the best talent in the world would be on it.” (H/T – WrestlingInc)

“I will say that I really wish Matt had been able to go. Everyone at WWE who had a spouse or a partner that was on All In got a text the week or two out from talent relations at WWE, saying they were not allowed to be at All In. So originally, of course, Matt and people like Deonna and Adam Cole, so many people were going to be at All In, just backstage watching us. And when they sent that text, I mean, it was way too risky for any of them to be there, especially after being told not to. It was such a bummer, but it still feels like yesterday when I came back from my match to a hundred texts from Matt saying how awesome it was. I actually could cry thinking about it all.” (H/T – WrestlingInc)

With, Green appearing at GCW Fight Club to assist her fiancé in his Internet Championship as well as being apart of Impact Wrestling and Ring of Honor. It looks like the “Hot Mess” will be busy assisting the one she loves and enhancing her own career.