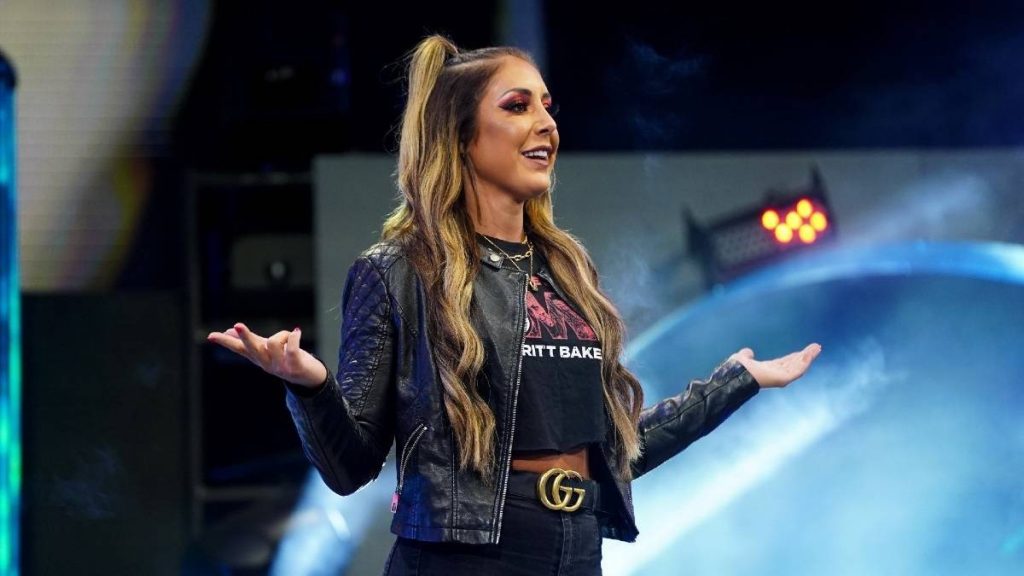 Britt Baker has criticized some AEW stars for believing they are bigger than the company itself, highlighting Tony Khan’s importance for AEW.

Britt Baker is undoubtedly one of the most important stars in the AEW Women’s division. Even though fans rejected her in the first place, Britt managed to climb to the top of the mountain by defeating Hikaru Shida at Double or Nothing 2021 to win the AEW Women’s World Title.

During her reign as the AEW Women’s World Champion, Britt Baker solidified her status as a top star and held on to the title for 290 days, before dropping the belt to Thunder Rosa at the AEW Dynamite St. Patrick Day Slam special.

Even though Britt Baker has made enough merits to have her current status, she doesn’t think so well of other talents that consider themselves more important than the company. During a recent talk with fellow AEW star Swerve Strickland at his ‘Swerve City Podcast’, Britt took the opportunity to slam some of her colleagues for this.

When addressing on this, she said: “What’s so toxic is when somebody thinks they’re bigger than the company. There’s literally no one in AEW that they need, other than Tony Khan to survive. Everybody can be replaced.” (H/T RingsideNews.com)

Why Did Britt Baker Said That?

Britt’s comments come as a result of the turbulent times that AEW have been through recently. During these past few months, many scandals have erupted and other personal differences between the talents have resurfaced.

These issues have led many fans to think that most wrestlers consider they are more important than the entire company, as well as moving them to slam AEW management for not keeping order in the locker room.

The perfect example of this is the controversial backstage brawl between CM Punk & The Elite during the All Out Media Scrum. Additionally, it is important to mention the recent confrontations between Andrade El Idolo & Sammy Guevara.