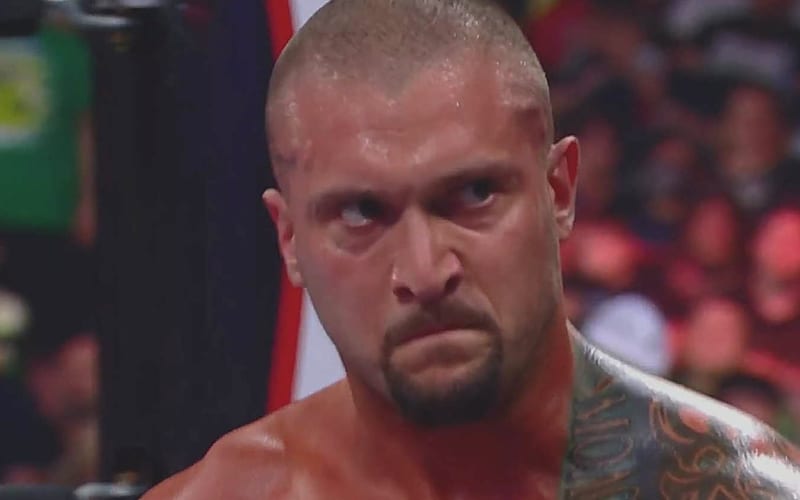 Andrew Zarian on the Mat Men Podcast reports that Karrion Kross was originally supposed to lose to Jeff Hardy on this past Mondays Raw. Zarian also reports that the idea was for Kross to keep losing, which would then allow Scarlett to debut and pair back up with Kross and “unleash the warrior” within him. Here is what Zarian stated….

“Karrion Kross was supposed to lose again to Jeff Hardy in the rematch and then finally go berzerk. I’m not 100% on this but I was told that the plan was that Karrion Kross keeps losing until Scarlett shows up and that’s gonna bring him back on track because she is able to unleash the warrior, whatever they’’re calling him, the gladiator in him.

“When I spoke to somebody over there they were like, ‘Yeah I don’t understand why people are freaking out on the internet, it’s leading to something. Why don’t people understand, we’re telling a story, the match doesn’t matter, the story matters’.”

Fightful has reported previously that Karrion Kross was supposed to lose to Jeff Hardy on this past Monday’s Raw, but Jeff Hardy testing positive for Covid-19 changed plans. In turn Karrion Kross picked up his first win on the Main Roster, defeating Keith Lee.

The current NXT Champion debuted on Monday Night Raw 2 weeks ago, losing to Jeff Hardy within a few minutes.