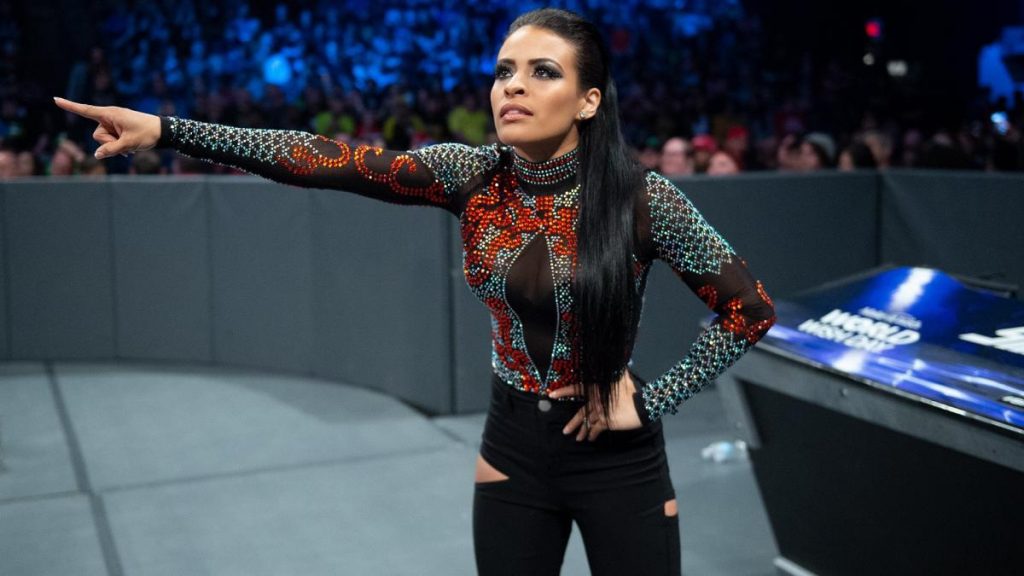 Zelina Vega could soon be making her return to WWE.

Vega was fired from WWE last November after continuing to stream on Twitch despite the company’s third party platform edict.

She could soon be making her return to the company though, as Fightful Select reports that Vega recently visited the WWE Performance Center where she filmed some content.

The context behind her visit isn’t yet clear, however it was noted that the plan is for her to return to the company. It should be noted that she hasn’t streamed on her Twitch channel since March of this year.

Vega’s husband Aleister Black also hasn’t wrestled since Vega’s departure, however he recently made his return to television in weekly vignettes during SmackDown.

During her time in WWE, Vega worked as a manager for the majority of her run, however began a singles run after splitting up from Andrade, which led to a Raw Women’s Championship match against Asuka at Clash Of Champions 2020.

Would you like to see Zelina Vega return to WWE? Let us know in the comment section down below!