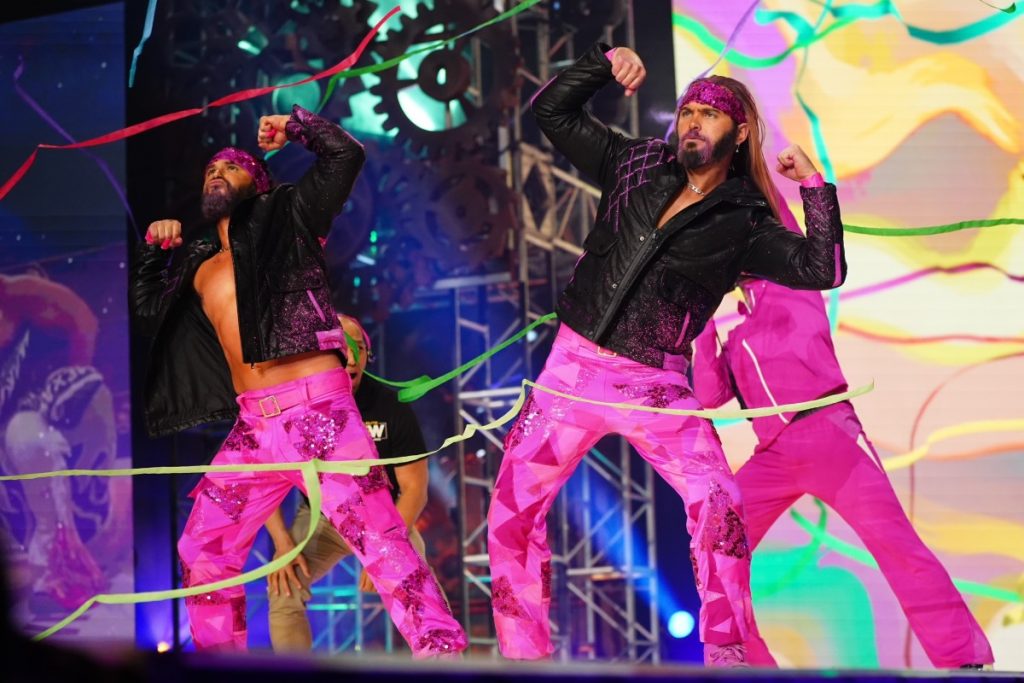 The professional wrestling community saw The Young Bucks and Kenny Omega inside a squared circle this past weekend for the first time in 75 days. This was due to their suspension because of a backstage brawl that occurred between them, CM Punk, and other AEW personnel backstage after AEW’s All Out PPV.

Since the altercation, it has been hard for fans to not see some of their favorite stars on their televisions every week. However, it seems as if it may have been even harder for the Young Bucks themselves.

While speaking on their Being The Elite youtube channel, The Bucks went into depth about their return to the company and both siblings admitted that their two-month hiatus was the hardest time of their lives.

“I was waking up in cold sweats, I haven’t been sleeping. People don’t understand because we haven’t been able to talk about it. This has been…two of the hardest months of my life. I know for you [Nick] too. Here we are, we got through it, you just never know what’s going to happen until you do it. To hear the support and hear and see how happy a lot of people were to see us, that meant the world to us and Kenny. It felt good. We’re going through the healing process right now. Last night [Full Gear] was a big step to get there. I feel good. We got to come out to a song we grew up listening to with our Dad. A song we almost didn’t get. We didn’t get it until the 11th hour. That was stressful. Getting that, it was the night before, we finally knew. Collectively, it was a crazy time. Now that it’s the end, I can almost sight relief at this point.”

The Bucks returned with a loss, however they put on hell of a match against Death Triangle for the AEW Trios Titles at this past weekend’s AEW Full Gear PPV.

AEW has just announced a best of seven series between The Elite and Death Triangle which could be a great way to bring the Bucks back to full-time television. We look forward to seeing what Tony Khan has in store for the Bucks and Omega as they return to Dynamite and AEW programming.