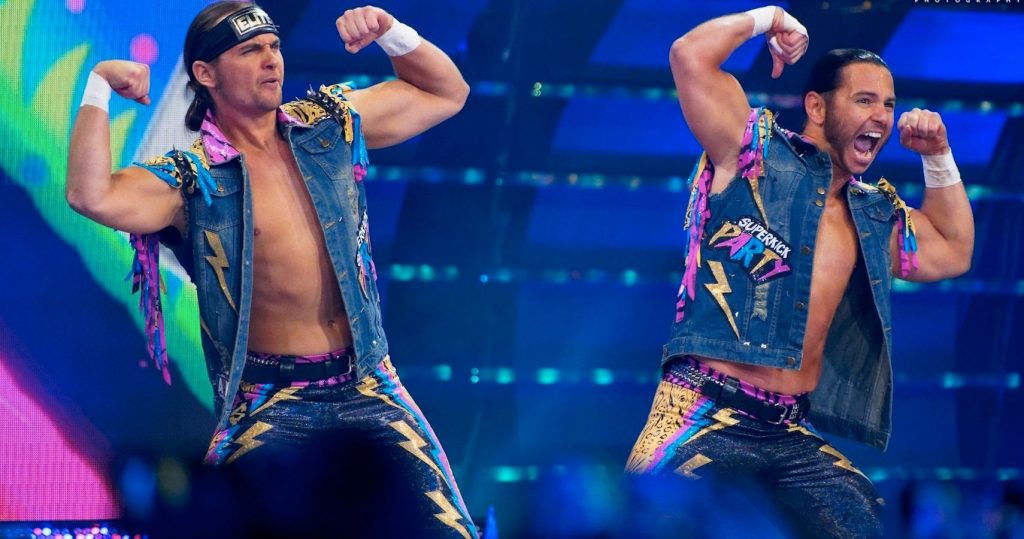 Ahead of their alleged return to television, The Young Bucks have filed for a Trademark of “The Wayward Sons.”

It’s been a few months since the “brawl out” incident at AEW’s All Out pay-per-view, but the heat is finally simmering. For those who don’t remember, the show saw both The Elite and CM Punk win gold that night.

CM Punk regained the AEW World Championship from Jon Moxley, and The Elite became the company’s first Trios Champions. All that went away after Punk’s fiery rant at the post-show media scrum where he buried the group.

His rant was followed by an intense brawl with The Young Bucks and multiple staff involved were suspended pending an investigation. Said investigation is now closed, and it looks like The Elite could be on their way back to television.

The group has been seen in ominous promos on AEW programming, with them fading away Thanos style. Further indication has been given when it was reported that The Young Bucks were backstage at Dynamite tapings.

Now there is a new clue to indicate The Young Bucks return as they filed for a new trademark.

The Young Bucks have officially locked down the rights to the name “The Wayward Sons,” referencing the famous song by Kansas. For those who are unfamiliar with the 1974 track, it was featured heavily in the hit CW series Supernatural.

The Young Bucks filed with the United States Patent and Trademark Office (USPTO) under Killing the Business Inc. on November 3rd.

The following is the listed description for the term as described on Wrestling Inc.com:

The Young Bucks sell a lot of merchandise, so it makes sense they would start a new line for their return. While there’s no official date announced, The Young Bucks might be back in time for the Full Gear pay-per-view.

Given the timing of the promo packages, fans may see The Young Bucks on their screens sooner rather than later.