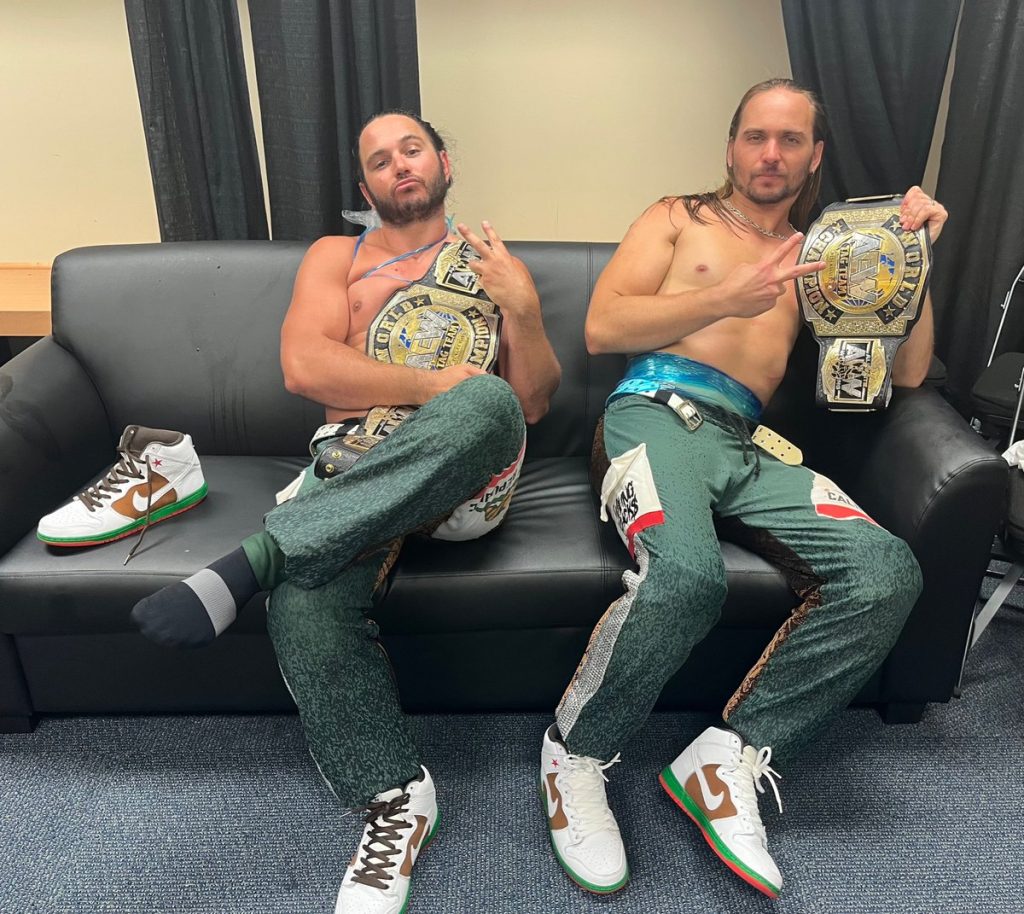 After having filed a trademark for the term “Wayward Sons,” last week, The Young Bucks have now abandoned it.

The Young Bucks have always made a great deal of their income from merchandise sales. Fans will remember their shirts were the highest selling on Prowrestlingtees.com and remained so for a while.

Despite having switched wrestling companies, they continued to make great cash from merchandise and are always putting out new shirts. The Young Bucks may have been preparing new clothes for their comeback, but that may have changed.

It was announced last week that The Young Bucks trademark filed for the term “Wayward Sons,” but they have abandoned it. They were presumed to have filed for the term in preparation for their impending comeback following a series of ominous vignettes.

The Young Bucks filed for branding use on clothing and merchandise, but it’s unknown how it would have factored character-wise. They were likely going to use it to sell merchandise, so it’s a mystery why they decided not to continue as planned

Are the Young Bucks Returning Soon?

The Young Bucks are close to making their return to AEW television and have been backstage at Dynamite tapings. The series of vignettes centering on The Elite indicate something is coming, but it’s only a question of when it’ll happen.

The Young Bucks and Kenny Omega have been off TV from suspension since All Out following their now-infamous brawl. They weren’t the only ones suspended as Christopher Daniels, Michael Nakazawa, Pat Buck, and CM Punk were as well.

The Elite won the trios titles that night but were stripped, along with Punk being stripped of the World Title. The Elite may return to try and reclaim their lost gold, but fans will have to wait and see.

Perhaps they The Young Bucks and Kenny Omega will make their return at Full Gear?