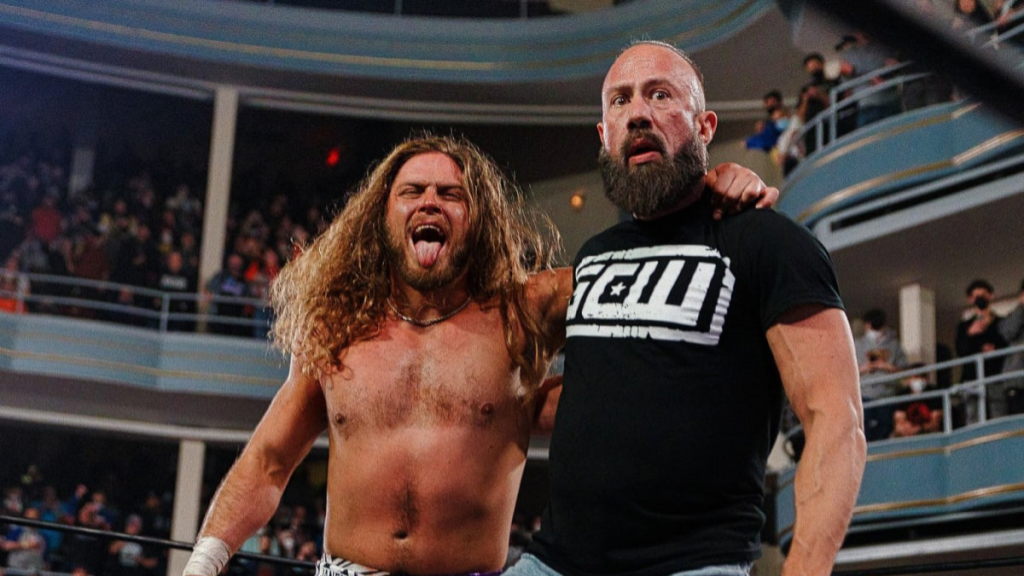 Chaos is a staple of GCW, not only in the ring but sometimes outside of it as well. At GCW Welcome to Heartbreak, X-Pac (Sean Waltman) teamed up with Joey Janela to take on the team of Matt Cardona and Brian Myers. It’s worth noting for anyone who doesn’t know that this is Waltman’s first match since April of 2019 and his first time partnering with Janela since 2015 when they were a tag team for JCW.

After a hard-fought bout with numerous near-falls from both teams, the match came to an end when X-Pac put Myers through a door with an X-Factor. The legend then gave a speech after the match where he thanked the GCW fans and promotion for welcoming him back with open arms before stating: “I’ll be the first to call it. This was my last match.” He would then hug a visibly upset Joey Janela and made his way to leave the ring before his partner laid him out with a superkick.

Waltman attempted to get back up, but Janela just kept knocking him back down. The angry fans then began throwing garbage at the star and hurling boos and insults. It’s unsure if this really will be X-Pac’s last match or if he and Janela will enter into a program somewhere down the line for the legend to avenge this assault. We’ll likely know soon enough, though.