WWE To Host SmackDown From Music Festival In Two Weeks 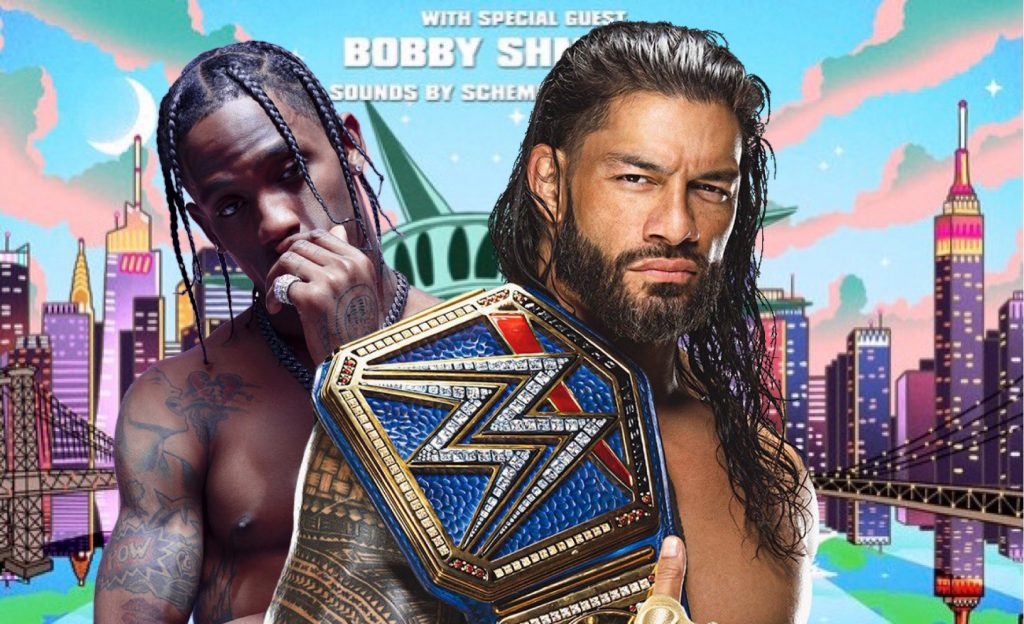 Wrestling Republic have gained access to a press release WWE sent to investors earlier this afternoon, revealing that the July 23 episode of SmackDown will take place from two separate venues including the originally planned Rocket Mortgage Fieldhouse in Cleveland, along with some matches taking place at at the Rolling Loud Music festival.

This is notably WWE’s first ever partnership with a major music festival.

Below we have attached the full statement from WWE:

Gracing the same stage as festival headliners Travis Scott, Post Malone and A$AP Rocky, WWE Superstars will compete in matches live from Rolling Loud Miami. The July 23 edition of Friday Night SmackDown on FOX will feature a split-site broadcast with multiple matches at Rolling Loud Miami, and the remainder of the evening held at Rocket Mortgage Fieldhouse in Cleveland.

“What Matt Zingler, Tariq Cherif and the entire Rolling Loud team have built is spectacular,” said Scott Zanghellini, WWE Senior Vice President, Revenue Strategy & Development. “We couldn’t think of a better partner to deliver such a unique WWE experience to fans during the July 23 edition of Friday Night SmackDown on FOX.”

“I grew up on Sweet Chin Music, mesmerized by the spectacle that Vince McMahon and co have built at WWE,” said Tariq Cherif, Co-Founder/Co-CEO of Rolling Loud. “The idea of weaving our two storylines into one world, one must see event, is electrifying.”

“And I quote! If ya smell…what the WWE and Rolling Loud…is…cookin’! Give me a hell yeah!,” said Rolling Loud Co-Founder/Co-CEO, Matt Zingler.

WWE has a rich history of integrating music into all aspects of its brand and collaborating with some of the most celebrated artists in the world. Over the years, world-renowned hip-hop artists including Snoop Dogg, Diddy, Three 6 Mafia, MGK, Wale and many others have performed at WWE’s biggest events.

Bringing 130 of the hottest acts in hip-hop to Hard Rock Stadium in Miami Gardens, Fla., the sold out Rolling Loud Miami 2021 is a triumphant return for live rap music, and a coming out party for risers and new superstars eager to play in front of a festival crowd. The sixth Rolling Loud festival in Miami, where it started as a humble one-day event in Bayfront Park, Rolling Loud Miami 2021 will occur from July 23-25.

Stay tuned for more announcements about the Rolling Loud and WWE/Friday Night SmackDown partnership in the weeks leading up to the festival.

Founded by Matt Zingler & Tariq Cherif as a one-day Miamishow, Rolling Loud has grown into a global festival phenomenon, putting on shows on both coasts and in multiple countries. Rolling Loud is the premier festival brand in hip-hop, known for its expert curation of wide-ranging lineups that reflect the state of the genre.

During the pandemic, Rolling Loud expanded into much more than just a live festival company. With no in-person show possibilities in sight, Rolling Loud pivoted to become a heavy-hitter in the world of Livestreaming, drawing millions of unique viewers and landing multiple events in Pollstar’s Year-End Livestream Chart. In June 2021, Rolling Loud launched Rolling Loud Presents, their first venture into tour promotions, taking the Rolling Loud experience on the road with a series of tours headlined by some of the biggest stars in hip-hop, including Rod Wave, Trippie Redd, Jack Harlow, and more to be announced.