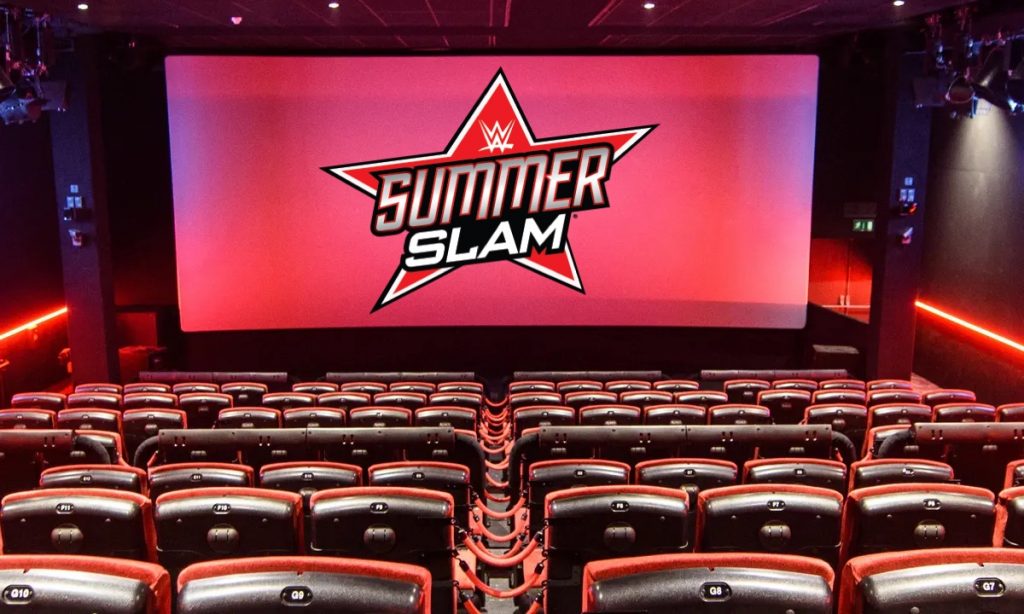 SUMMERSLAM® TO AIR LIVE IN THEATERS

NATIONWIDE FOR THE FIRST TIME EVER

STAMFORD, Conn., July 22, 2021 – WWE® (NYSE: WWE) and Iconic Events Releasing today announced a new partnership that brings SummerSlam, WWE’s biggest event of 2021, to movie theaters nationwide for the first time. The event will air live on Saturday, August 21 at 8 pm ET/5 pm PT and will be one of the first sporting events held at full capacity at Allegiant Stadium, and the first time it will be held at an NFL venue.

“Iconic Events Releasing is proud to be in partnership with WWE to bring their incredible brand to movie theaters coast to coast,” said Iconic CEO Steve Bunnell. “SummerSlam is a marquee event that demands to be seen on the big screen, with big sound, in an auditorium full of excited fans.”

Tickets to see SummerSlam live in theaters are on sale now at local theater box offices and at wweliveintheaters.com.