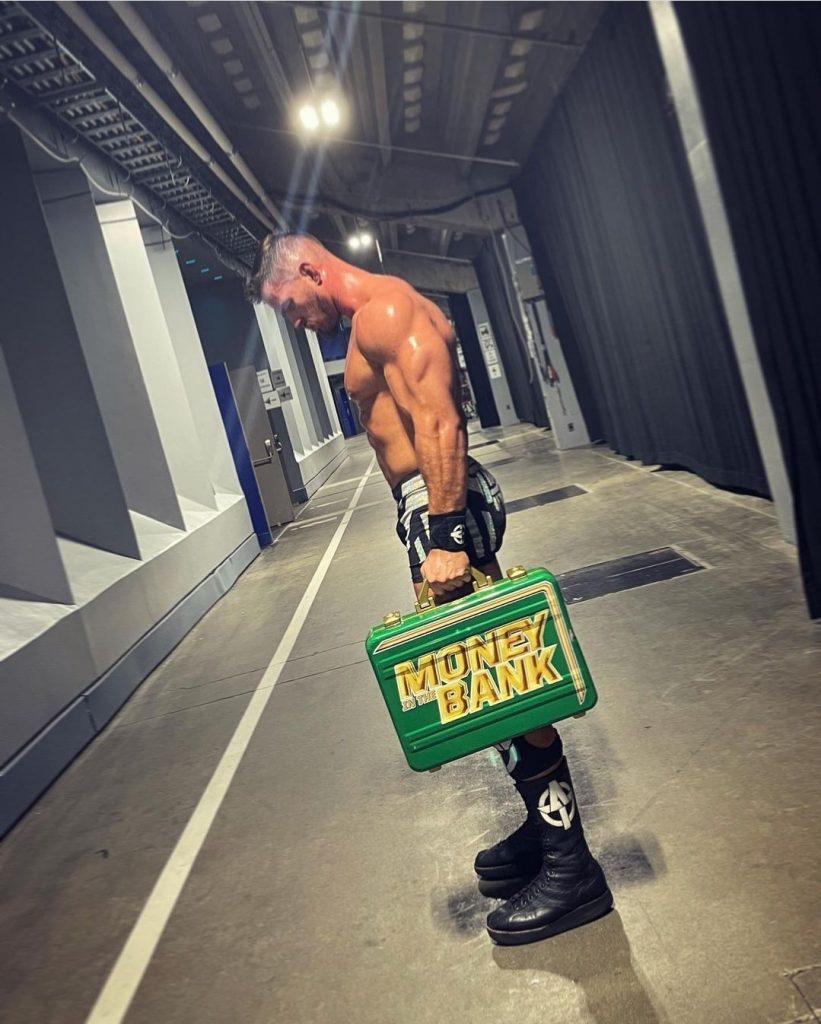 Austin Theory failed to cash-in his Money in the Bank briefcase on the November 7 episode of WWE Raw. Theory tried cashing his MITB contract on Seth Rollins for the United States Championship during an open challenge.

Seth Rollins issued an open challenge for his United States Championship this week on Monday Night Raw. The visionaries challenge was quickly answered by the former champion Bobby Lashley.

Lashley’s answered the challenge with a brutal attack on the champion. As the champion layed on the floor in the path of the destruction left by ‘The Almighty’. Theory made his to the ring, capitalizing on the attack by Lashley and cashing in his contract.

Austin Theory put forth his best efforts against the champion. Only to have his final pin interrupted by Bobby Lashley.

Lashley punished Theory in a very similar fashion to Rollins. Leaving the challenger laying in a pile of rubble at the side of the ring after the assault.

As the referee did the ten count, Theory managed to pull himself to his feet and dive into the ring. Rollins perched in a corner ran in with a stomp and then pinned Theory to win the match and retain the title.

Elias appeared on the November 9 episode of WWE’s The Bump and spoke on the botched cash-in. While on the show he was asked to share his thoughts on the attempt.

He said that he would have waited for special opportunity. Admitting that he thought it was strange that Theory cashed in his contract in during an open challenge.

The drifter continued by explaining “First off, it’s an open challenge. So what are you doing in the first place? Secondly, then he wants to use it on a random Monday Night RAW.”

Elias said he would’ve taken the opportunity to target a different champion. “If I was Austin Theory and I had the Money in the Bank, I would have waited for a way bigger moment, and maybe somebody like Roman Reigns when they were vulnerable.”

He did share some praise for the defending champion while giving his final opinion on the match. “Seth, he’s resilient, he did it again, he came out on top.” But as for Austin Theory, I think the whole thing’s bizarre all around.”

Bizarre or not, Austin Theory cashed in his MITB contract and came up short. Keep an eye on WrestlingRepublic.com for any news or updates on what’s next for the superstar.