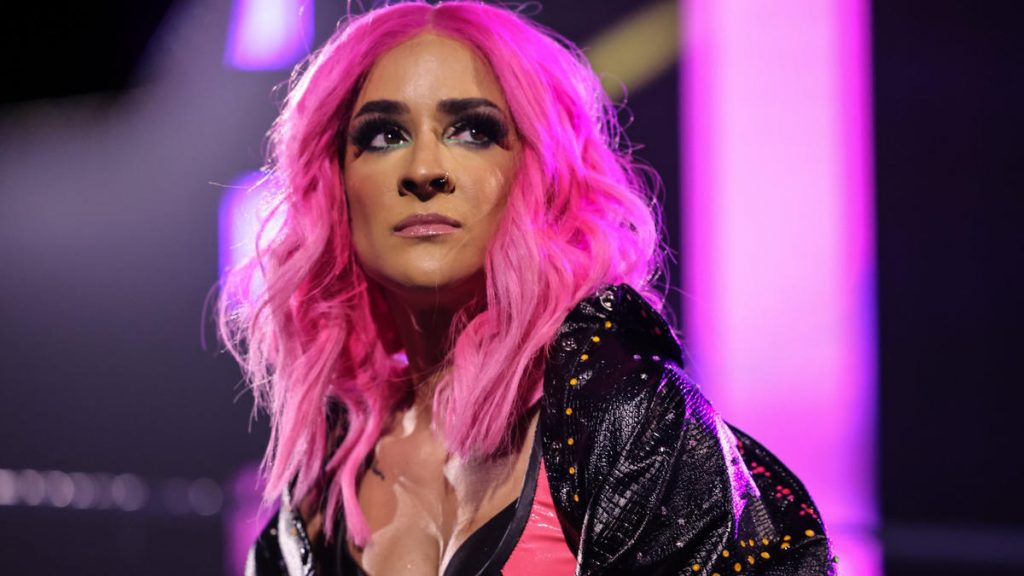 Dakota Kai surprised fans when she returned to the WWE as a member of Damage CTRL with Bayley and Io Sky at this years Summerslam. She’s best known for her time on WWE’s black and gold brand NXT. Where she won the inaugural Dusty Rhodes Women’s Tag Team Classic and is a former two-time NXT Women’s Tag Team Champion.

In the four months since she returned to the WWE and debuting on the main roster, Kai has made an impact with Damage CTRL. She participated in her forth War Games match and more importantly she has managed to become a two time women’s tag team champion with Io Sky.

Her Surprise Introduction To WWE

Dakota Kai recently sat down for an interview with WWE Deutschland. She discussed how she was introduced to professional wrestling and even revealed who her all time favorite wrestler is.

Kai explain in the interview how her younger brother was the one who introduced her to wrestling. Although she admits she wasn’t a fan beforehand, her brother would soon have her hooked.

“He used to watch it way back in the day. I didn’t really give it the time of the day because I was ignorant, I guess. But one day he told me to sit down and watch it and we were right in the middle of a Rock and Austin feud, a promo was happening in the ring, and that was my first introduction into pro wrestling.”

That introduction to wrestling by her brother gave her a new appreciation she once didn’t have. Kai continued to explain how that appreciation grew and she soon found herself in a ring.

“From there, I really appreciated the athleticism, the stunt work, and the different storylines that were happening. That was my introduction into pro wrestling and then I started doing it.”

Dakota Kai Felt A Connection With The Rock

The women’s tag team champion went on to talk about why The Rock is her favorite wrestler. Even sharing a connection with “The Great One” many fans may not know.

“He’s charismatic, athletic, but he’s also Samoan, which I’m Samoan too, so there’s a connection there.”

Kai definitely shows The Rock’s charismatic influence everytime she’s on screen. Keep an eye on WrestlingRepublic.com to find out any news on Dakota Kai or Damage CTRL.