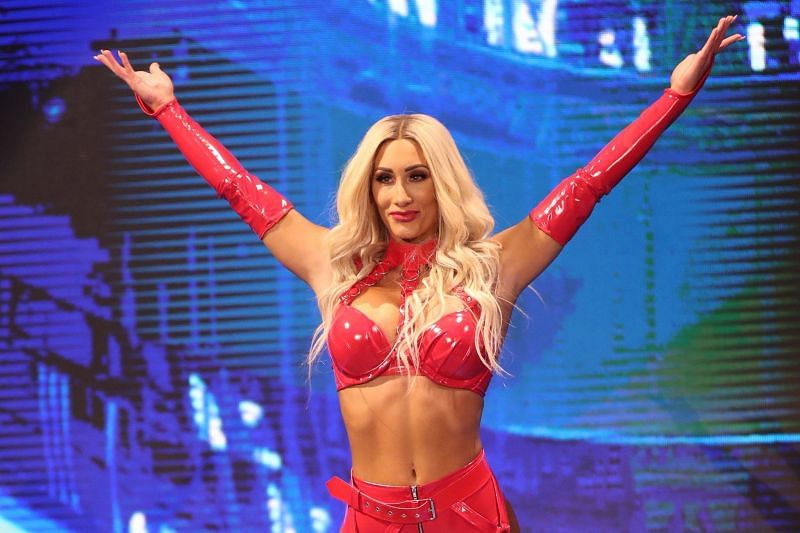 Carmella has been off television since the night after WrestleMania 38 but a recent tweet of hers has stated that can’t wait to come back.

Carmella has gone through personal heartbreak after suffering a miscarriage back in October of this year. The former WWE Smackdown Women’s Champion has been off television, but it seems like she has overcome her personal tragedy and is ready to start wrestling again.

When Will Carmella Return?

“I miss this so much!! I can’t WAIT to get back in the ring again. Ugh. When I do come back, it’s over for all your faves.”

The post itself reflected on a match 6 years ago between Carmella and Nikki Bella at the TLC Premium Live Event back in 2016. This was in a No DQ match which Carmella end up short, losing to Nikki. Since then, Carmella has gone on to achieve several accolades whilst in the WWE. This includes becoming WWE Smackdown Women’s Champion, WWE 24/7 Champion, Money in The Bank winner and alongside Zelina Vega WWE Raw Women’s Tag Team Champion.

As of time writing is has not been confirmed when Carmella will return. She was part of the RAW roster before her time off, but it is unknown if she will return to RAW or make the jump to Smackdown! Wherever she ends up a return for Carmella can only be seen as a positive. WWE boasts an envious amount of depth when it comes to females in their roster. In a division full of talented female wrestlers Carmella is one of the most charismatic out of them all. She would add a breath of fresh air to either show and hopefully returns sooner rather than later.