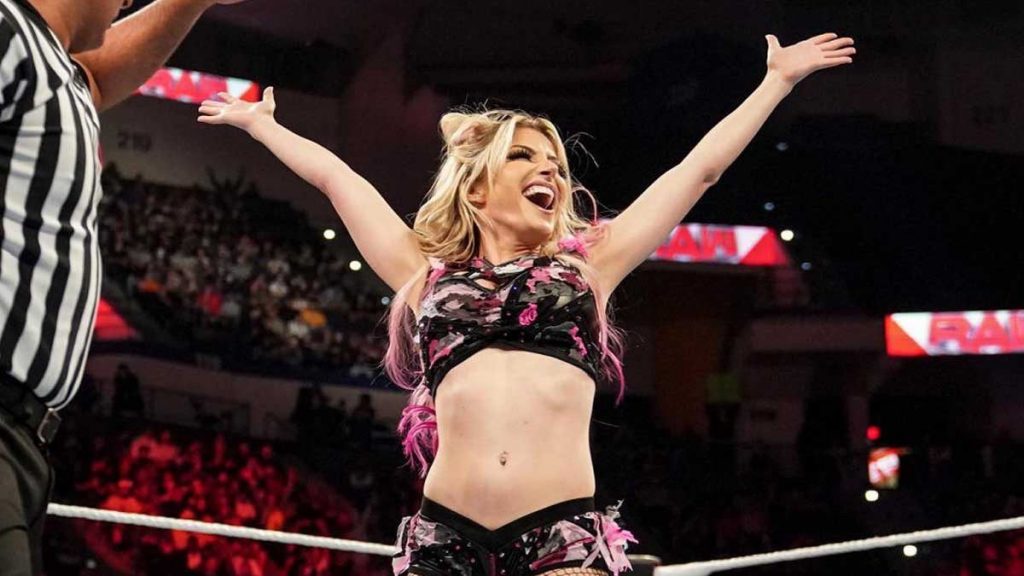 Alexa Bliss is one of the most popular and charismatic characters in WWE right now.

The former Raw and SmackDown Women’s Champion, who has returned to WWE television a few weeks ago, still remains friends with some of the former WWE talents, now signed to All Elite Wrestling. With Athena, AEW’s latest signee, as one of them.

Since her debut at this year’s AEW Double Or Nothing, Athena- FKA Ember Moon-has been feuding with the reigning TBS Champion Jade Cargill.

Their heated rivalry even took to Twitter, when Cargill replied to a Tweet from Athena and mocked her by referencing NXT’s Mandy Rose.

This eventually led to a response from Athena, who mocked the champ by referencing her with both Rose and Charlotte Flair.

.@Jade_Cargill that's real rich coming from someone who's also buff blonde… Mandy & Charlotte are already taken. Move on hussy. I hope you keep that same energy next time I see you…
#AndNew #FallenGoddess https://t.co/ZqGskoOCuJ

This exchange gained Bliss’ attention, who also jumped in to defend her real-life friend from the undefeated champion.

I’d love to get mad at someone who’s coming after my bestie… but I’m still trying to figure out who the heck they even are … ? @AthenaPalmer_FG pic.twitter.com/oCS7AEJ4MI

Obviously, fans tend to create a lot of buzz every time that a WWE Star has an exchange with an AEW Star.

But there is no doubt that, after this situation, it will be interesting to see how Athena and Cargill’s rivalry continues from now on.