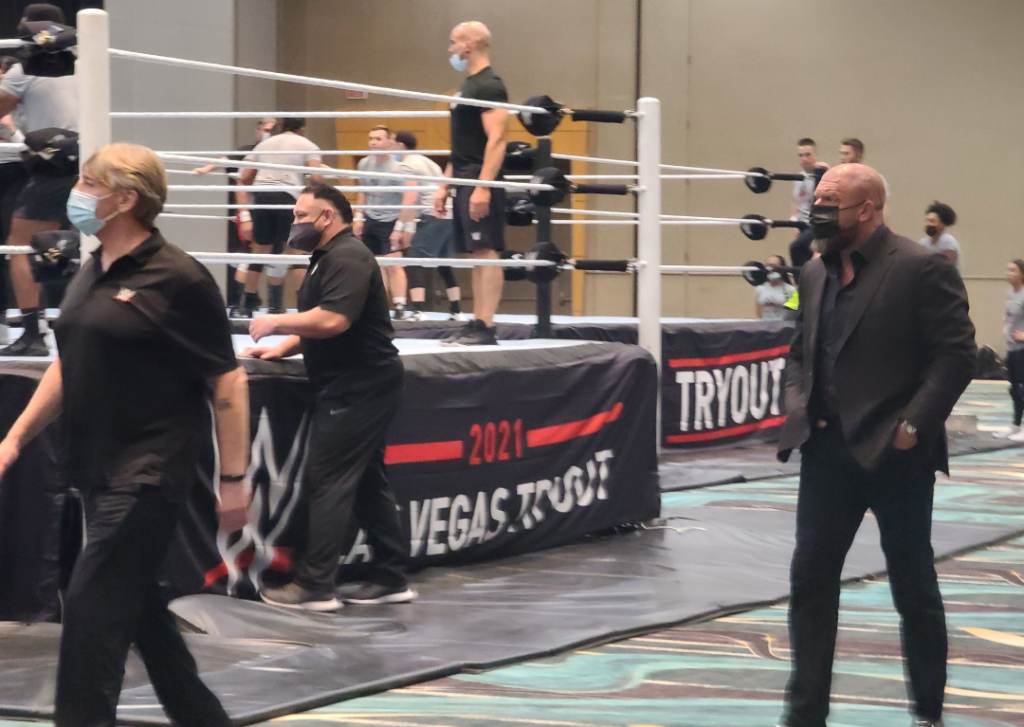 The WWE are seemingly recruiting talent for the future.

Denise Salcedo is reporting that when asked about how many people have been signed from the recent WWE Las Vegas tryouts, Triple H answered with the rough estimate of “13 to 16” people. Below is the full tweet by Salcedo…

According to Denise Salcedo, Triple H, Samoa Joe, William Regal and Matt Bloom were all present at the Las Vegas tryouts to scout potential talent.

Salcedo reports that among those being signed are new comers such as Isaac Odugbesan and Faith Jefferies.

Isaac Odugbesan has also been signed by WWE. His background is in track and field. Very nice guy. pic.twitter.com/N6E3HSyT1W

Faith Jefferies (stagename: FaithyJ) has just been offered a developmental contract. She's a Las Vegas local who came to the tryouts and she was just told by Triple H the news. She's a very energetic girl with a fun personality based on the interview we just did. pic.twitter.com/13mJaSxQAW

Below you can watch an interview Denise Salcedo did with Faith Jefferies, whom Denise describes as “energetic” with a “fun personality”.