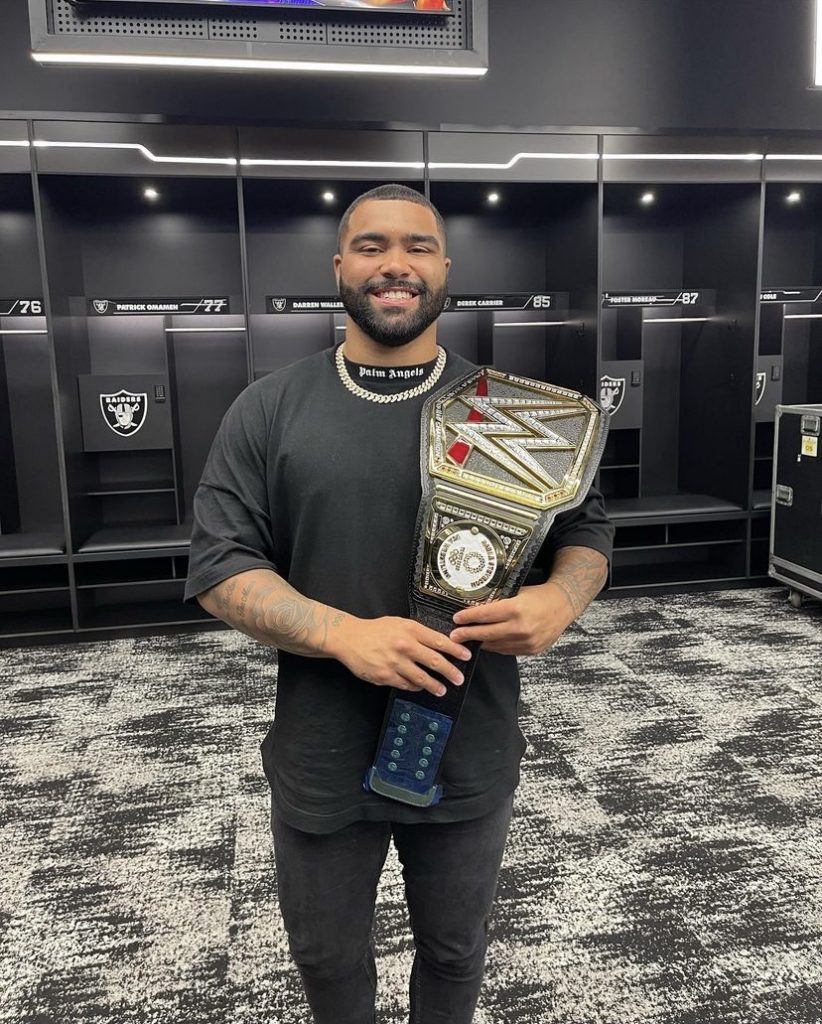 WWE announced Gable Steveson, who won a Gold Medal at thee 2020 Toyko Olympics in wrestling, has officially, as he put it on twitter a few days prior, “put pen to paper.” This was first reported by ESPN.

Steveson was at and was a part of the Summerslam pay per view this past year, as he and fellow Olympic Gold Medalist Tamyra Mensah-Stock were honored for their wins at the Olympics just a few weeks prior to the biggest party of the summer. Steveson had mentioned prior to this that he would be at Summerslam, but made no mention of what he would be doing. Steveson had also made an appearance at a Takeover as a fan before the Olympics.

It had been known that a few of the other options for Steveson after the Olympics were UFC, American Football, working towards the 2024 Olympics, but ultimately he decided to move toward professional wrestling. He described this as a “childhood dream in his tweet, which you can read here.