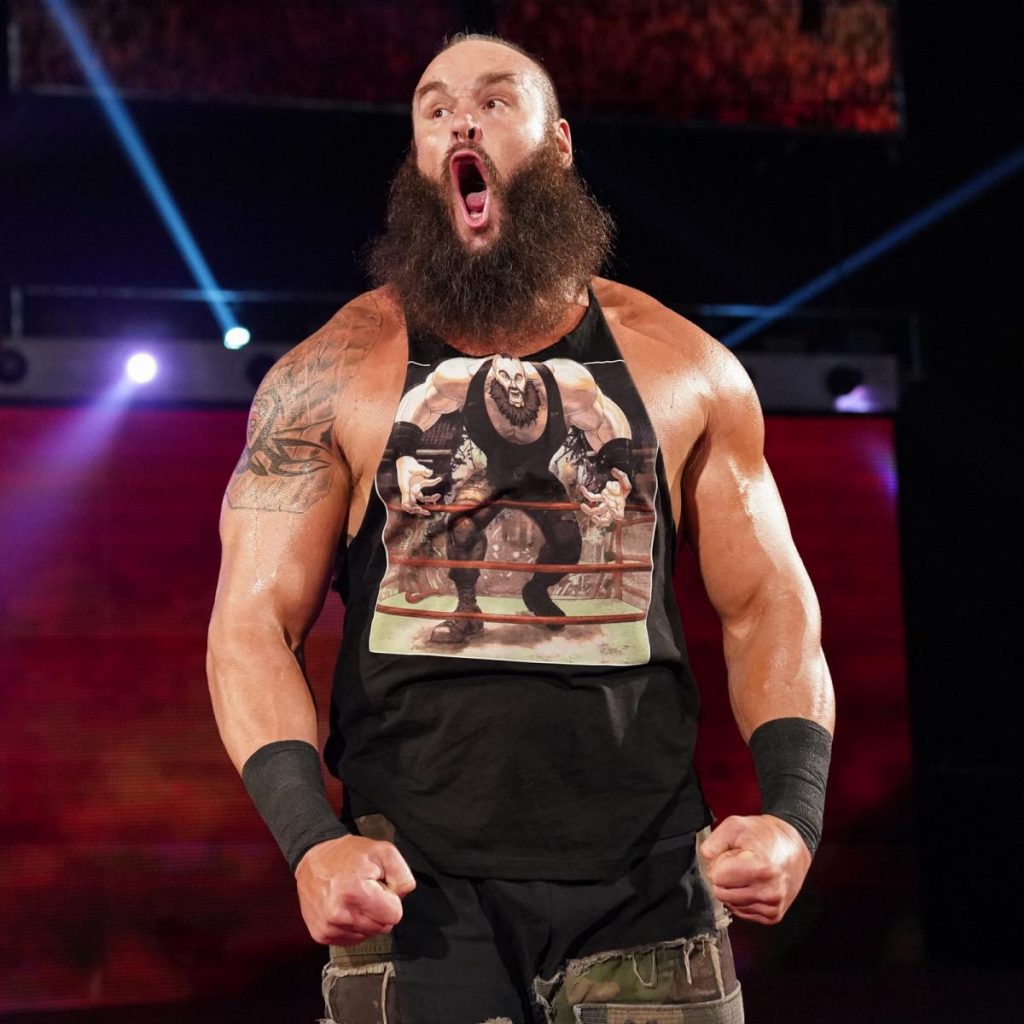 Last night, WWE Shop posted new shirts for Braun Strowman. This is strange, as Braun Strowman was released just over a month and a half along side Murphy, Ruby Riott, Aleister Black, and more. Nobody else. Who got released released new merch other than Strowman, which are leading many to speculate that he has signed a new deal. You can see Braun’s new merch below.

What makes this even more interesting is that a few days ago, John Pozarowski on Twitter showed a WWE and Amazon t-shirt advertisement with Braun Strowman featured.

Now of course, it’s not uncommon for WWE to put recently released superstars’ merchandise on sale, however they have never outright released new merch. It also wouldn’t surprise me if they had a lot of Strowman shirts left over that they just want to get rid of.