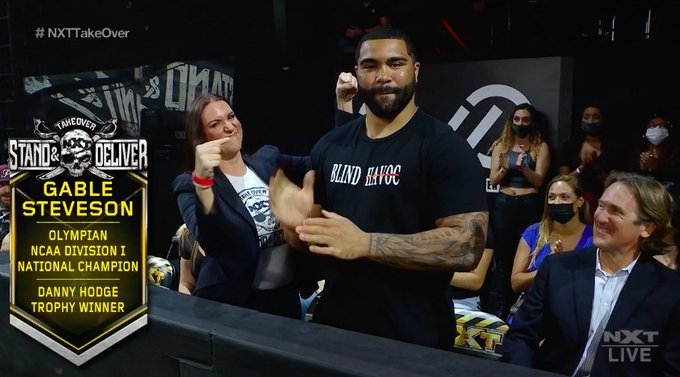 After taking some time to contemplate his future it seems Olympic Gold medalist Gable Steveson has made a decision according to his official twitter page.

No dates were giving for when Gable could potentially report to the performance center. He did speak about WWE during the Olympics games and had this to say.

His older brother Bobby—who, like Gable, starred for the wrestling team at Minnesota—reported to train at the WWE Performance Center this past week. “Heyman is a legend. We’d be two people doing great things, and that would be a tough team to beat.”

Along with fellow gold medalist Tamyra Mensah-Stock they were live at last month’s SummersSlam and also had a meeting with the chairman Vince McMahon.