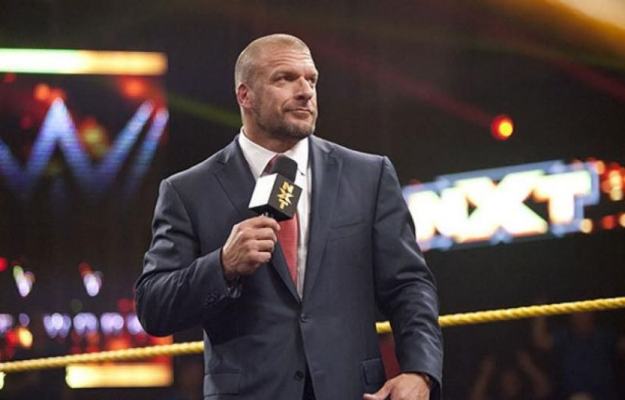 It looks like WWE is hiring independent talent again as Gabe Sapolsky was at a Defy show this past weekend scouting for talent.

When NXT was rebranded to NXT 2.0, it came with a decree from the higher-ups regarding who they hire. The word came down that “no more midgets” were to be signed, in favor of younger and taller athletes.

With this decree also came the issue that no more independent wrestlers were to be scouted for hire. This was because WWE wanted to go back to their method of home-brewing athletes from other sports.

With this decree, it was the end of Triple H’s era of NXT as fans had come to love. However, Triple H has implemented a new vision for WWE following Vince McMahon’s retirement, which saw his NXT return.

It isn’t entirely the same as it was before, and still has elements of NXT 2.0, but it’s feeling more familiar. The 2.0 is gone, as is the rainbow color scheme and a focus on backstage promos.

There is still a big focus on character, but there is also a deeper focus on match quality like before. It would also appear that WWE has returned to hiring independent wrestlers, as per Bryan Alvarez.

Gabe Sapolsky on the Hunt

F4Wonline’s Bryan Alvarez reported through his Twitter that WWE talent scout Gabe Sapolsky was seen at a DEFY show this past weekend. This further indicates his reports that WWE is on the hunt for good independent stars once again for NXT.

The photos below were taken at the event, although it’s unclear who on the stacked card Gabe had his eye on.

There’s a lot of great talent on this card, and you never know who can show up in NXT. There is no word on whether the company will maintain its height or size standards, but anything is possible.

Who do you want to see signed with WWE?