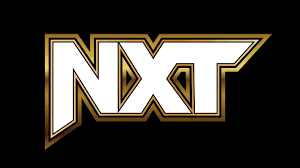 Sloane Jacobs, Bodhi Hayward, Eric Yan, Damaris Griffin, and Ru Fend have all been released today from their NXT contracts.

Aspiring stars enter the performance center for a chance at greatness and work tirelessly to be the best versions of themselves. NXT is where stars are born even before making it to the main roster, but not everyone gets that far.

At the end of the day, WWE is a business, and there are high expectations of everyone. When people fail to reach the heights expected of them, they get cut from the program.

It has been confirmed today on PWI Insider that five people have been released from NXT. Most of these names have been seen on television but have not been mainstays since starting.

Who Was Released From NXT?

Bodhi Hayward: The hulking star was a part of the Andre Chase University faction and was mainly featured in skits. His last appearance on TV saw him taken out by Duke Hudson as a way to write him off television.

Sloane Jacobs: The 19-year-old wrestler signed just this year but mainly wrestled on NXT live shows. Her most notable appearance on WWE television was as part of this years NXT Women’s Breakout Tournament.

Eric Yan: This star debuted on NXT late last year and had his final match this past September.

Damaris Griffin: He signed with NXT less than a year ago but has mainly ever wrestled on NXT Level Up.

Ru Fend: This star signed with NXT last year but has not had many significant appearances to speak of. For the most part, he mainly worked as an enhancement talent for NXT mainstays.

It’s always sad when wrestlers get released, especially before they’ve had the chance to reach their full potential. It’s worth noting that this year, it was decreed that prospects would have up to 2-years to get ready for television.

The implication was that anyone who failed in this would not be around for a third year in NXT. WWE waits for no one, and business has to keep moving in order to grow and thrive.

We here at Wrestling Republic wish these five the best in their future endeavors.