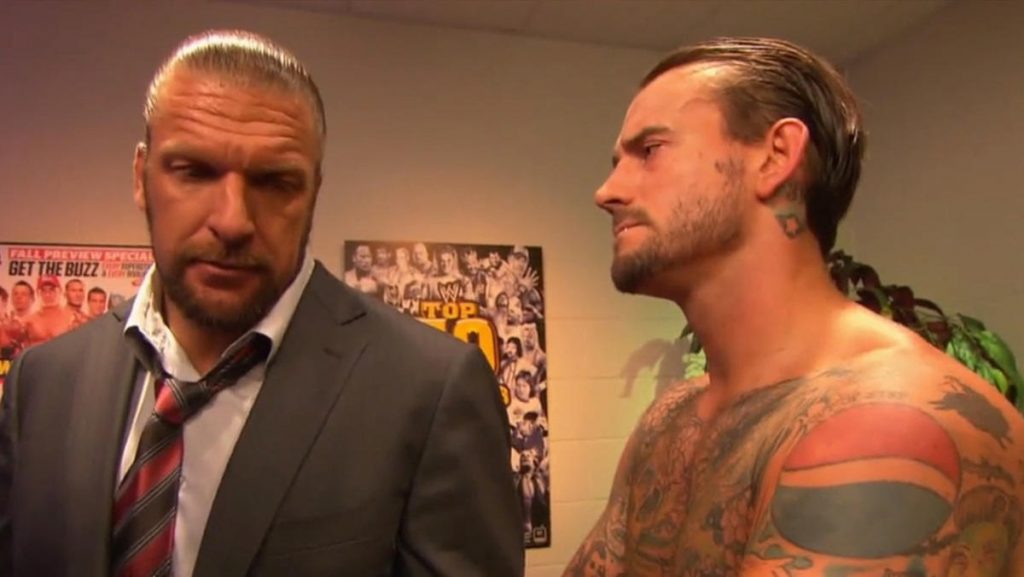 Despite speculations, WWE has not contacted CM Punk about a return in the event that his AEW contract is bought out.

CM Punk and The Elite have not been seen on AEW programming ever since their brawl after All Out. All parties involved in the fight were suspended pending an investigation into what has since been named “Brawl Out.”

However, reports are indicating that said investigation has concluded, and decisions are currently being made. In the past couple of weeks, CM Punk’s trainer Ace Steel was released from AEW, allegedly for biting Kenny Omega.

Furthermore, it’s been reported that Omega and the Bucks were backstage at this week’s Dynamite, fueling speculation of their return. CM Punk may not be so lucky, as it’s been reported for weeks that AEW will buy out his contract.

The current perception is that CM Punk’s return would only continue backstage drama as he is seen as toxic for the roster. Chris Jericho himself reportedly told Punk he was a cancer, but this has yet to be confirmed.

As fans wait for Punk’s future to be determined, rumors have also been circulating that the veteran may wrestle elsewhere.

Could CM Punk Return to WWE?

We can now report, as per Wrestling Observer Newsletter, that there have been no talks between CM Punk and WWE. It’s worth noting that Punk is still under contract with AEW until he is bought out.

It’s also worth noting Triple H had no interest in the past in bringing Punk back, but this may have changed. Since taking over creative, the WWE product has been praised for its improvement in quality.

Triple H and Punk have historically not seen eye-to-eye, but you can never say never in wrestling. After all, Triple H did learn from Vince McMahon, and Vince made amends with a lot of wrestlers once scorned.

Bringing CM Punk back to WWE would be a huge win in the midst of the AEW/WWE rivalry. However, he may not be welcomed back with open arms given what is being said about him.

He is currently out of action from a triceps injury and is not yet cleared to compete. Punk will first have to be bought out first before he can evaluate his options.