WWE Reportedly Belives Cora Jade Could Be The Next Sasha Banks 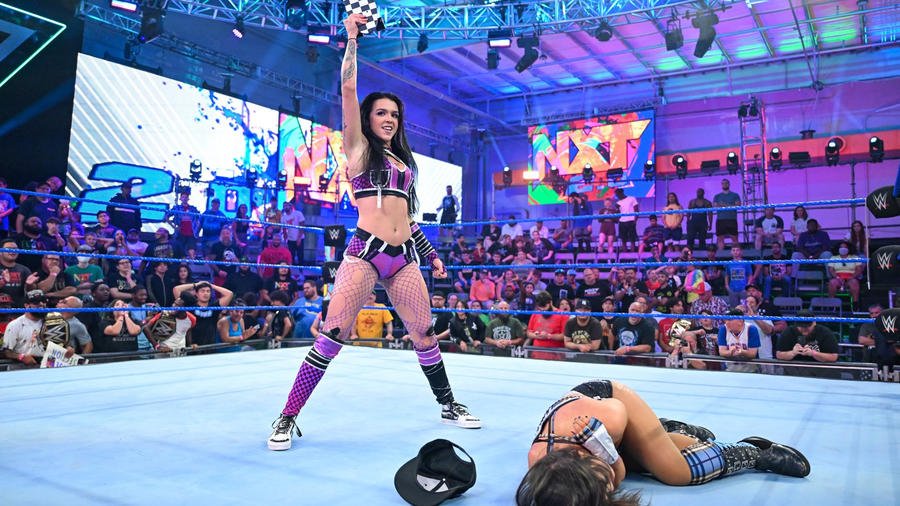 Cora Jade signed with NXT last year and has been one of the fastest rising superstars. The WWE feels Jade could be the next Sasha Banks.

After Jade signed with NXT last year she quickly rose to be one of the top babyfaces. She has gotten even more popular after turning heel by attacking her tag team partner Roxanne Perez.

Recently on GiveMeSport’s Louis Dangoor, WrestleVotes spoke about the feelings in the WWE Having of Cora Jade possibly being the next Sasha Banks.

Reportedly many people working in the WWE including Triple H feel the same way. They feel Cora Jade could possibly be the next Sasha Banks.

WrestleVotes states “Everybody loves Cora. She’s on the fast track to becoming the next Sasha Banks. She has the same thing Sasha has, she’s talented she’s got this unique look about her, she’s super young, and she’s pretty decent in the ring, right? The potential of her becoming a big deal is high and WWE sees that.”

There are no current plans of bringing Jade to the main roster, so she has time to develop. With Jade being only at the start of her wrestling career this would not be a surprise.

With the recent teases by Sasha Banks of something crazy happening soon anything is possible for her.

H/T to WrestlinNews.co for the transcription