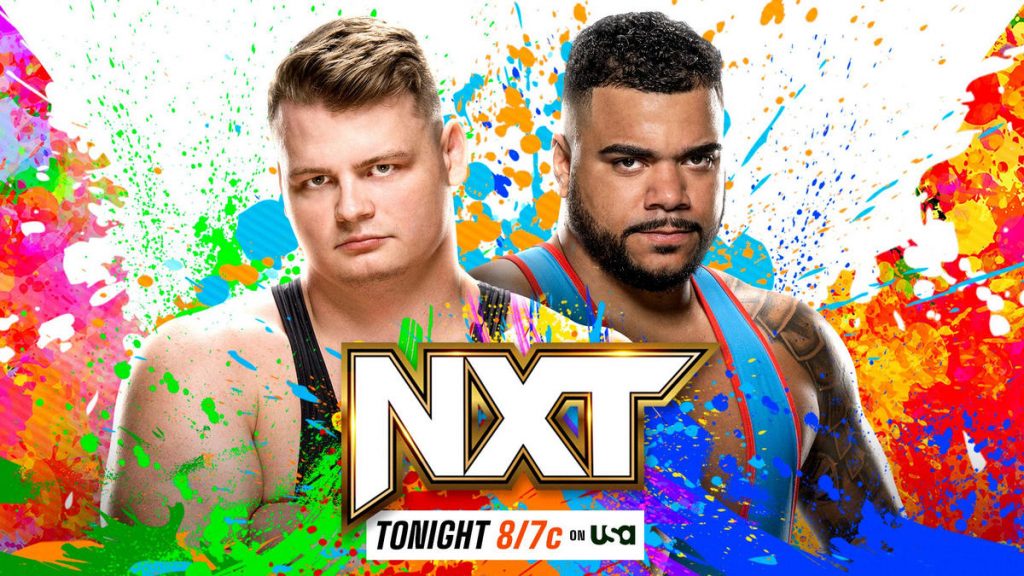 NXT was a skippable product today. We had the creation of the triple threat match with Bron’s Steiner match. The main event was a hit but everything else was pretty skippable. Wes Lee qualified in suspicious fashion because of D’Angelo’s potential injury. Joe Gacy got the one up over Cameron Grimes and Mandy Rose looks to go over Alba Fyre.

Joe Gacy continues his quest for inclusivity as he finally faces Cameron Grimes. Fallon Henley takes on Mandy Rose. Brutus Creed is the first diamond mine member to go face to face with Damon Kemp. We have a Pub Rules match and Wes Lee faces The Don in an attempt to qualify for the Ladder Match.

Ilja starts the show talking about how he won the championship. JD McDonagh came out and talked about how he was the one to break down the Czar in Ilja. Bron Breakker came out and they ended up making a triple threat match official for Halloween Havoc. Oh yeah, Bron Breakker brought out the good ol’ Steiner math to tell JD he has a 33.3% chance of winning. Solid fun promo to open up the show to start the build up.

In this match, Fallon was able to display her selling ability with Mandy working on her. Fallon was able to display emotion in a great fashion with her one shot to win. Mandy threw off Fallon Henley sending her on her front before connecting with the Kiss By The Rose. Decent enough match with nothing to complain about. After the match Mandy starts to talk about Alba Fyre before Alba gets on the tron with her setting a “#AndNew” ground line on fire.

Results: Mandy Rose by pinfall via Kiss By The Rose

Xyon Quinn and Ilja Dragunov have a run in with each other.

Wes Lee sent Tony out of the ring, and Wes slingshotted onto Channing Lorenzo. D’Angelo might have done something to his knee with the Ref calling the match off with the X. Because of the stoppage, this match will not be rated.

This match featured Sol Ruca in a decent enough way. Showing her athleticism, getting a couple good flips. The finisher is unique for Sol. After the match Sol and Amari share respect with each other.

As Cameron was setting up for the cave in, Rip and Jagger were able to distract Grimes for Joe to get the handspring clothesline. Match did not last too long, not going past one commercial.

Another shortish match since this is what you get on these taped shows. Kayden got some nice stuff and Nikkita got the victory as it seems Kayden and Katana are going to face Nikkita and Zoey in the future.

Results: Nikkita Lyons by Pinfall via Roundhouse and Splits Combo.

Axiom and Nathan Frazer has the third match announced to be a qualifier.

Ilja got Torpedo Moscow after the ode to Constantine and a nice forearm shot.

The two guys brawled even during Damon’s entrance. Match ended with Damon Kemp using a chair to beat down Brutus.

GREAT Gallus Vs Briggs and Jensen – Pub Rules: Honestly this was the only redeeming quality of this show. It was skippable aside from the Breakker Maths promo. This played on the bar fight aspect that happens in real life. We even saw the use of two empty bar mugs from Briggs and Jensen. Fun match that had great use of belts to preview us for an extreme rules strap match.

Results: Briggs and Jensen by Pinfall via Clothesline/Chop Block Combo on Mark Coffey.

NXT was a skippable product today. We had the creation of the triple threat match with Bron’s Steiner match. The main event was a hit but everything else was pretty skippable. Wes Lee qualified in suspicious fashion because of D’Angelo’s potential injury. Joe Gacy got the one up over Cameron Grimes and Mandy Rose looks to go over Alba Fyre.