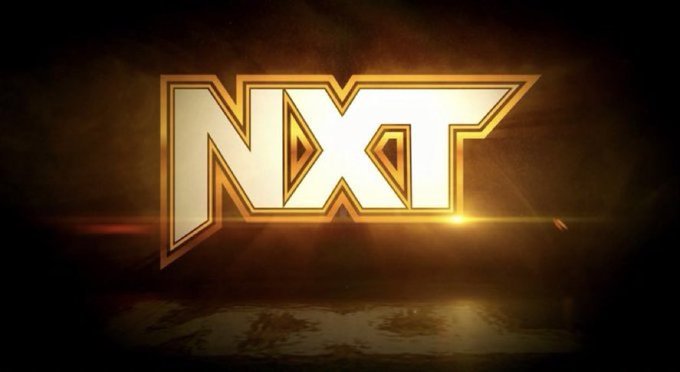 NXT Celebrated their one year anniversary of the rebrand in a solid manner. We saw two standout matches in the opening steel cage match and the surprise filled main event. With multiple video packages highlighting the year that NXT gave us, Including what the future of NXT looks like! The crowd was as always a solid and energetic crowd as well. Only time will tell what the future of NXT looks like with the next rebrand that is coming.

NXT 2.0’s one year anniversary put the fate of their champions in the fans hands. Pretty Deadly defend the NXT Tag Team Championships against The Creed Brothers. Von Wagner, Joe Gacy and Wes Lee all have the chance to face Carmelo Hayes with the fans’ vote. Fallon Henley faces Lash Legend and more.

Pretty Deadly try to escape right away from the Creeds stop them before starting to be in control. Kit Wilson hits a back springboarding code breaker onto Julius with Brutus throwing Elton into the cage. Julius jumps onto the top rope and sends Elton backwards. They both backflip but Julius is the sole lander. Julius gets superplexed from the top of the steel cage with the crowd chanting this is awesome. Julius holds both Prince and Wilson on his shoulders before Brutus does the cannonball into Pretty Deadly. A very unique doomsday device. Damon Kemp cuffs Julius to the top of the cage as Brutus dominates pretty deadly by himself. Brutus was able to kick out of spilled milk, the assisted neckbreaker, but after using the cage to further damage Brutus. Pretty Deadly hit another spilled milk for the win.

Very solid match with the storyline between the Creeds and Damon Kemp continuing. A lot of very innovative spots in this match that truly impressed me. I can say this has been the top Tag Team rivalry within NXT since the rebrand, Pretty Deadly and The Creed Brothers have amazing chemistry.

Wes Lee Is revealed to be getting the one on one match with Carmelo Hayes. Joe Gacy closes the promo saying there is more important work to be done.

Promo Package showing a lot of the year is shown.

SQUASH Fallon Henley Vs Lash Legend: Lash Legend started in control before Fallon was able to get a running enzuigiri for the win. Too short to rate as anything.

Brooks Jensen is rejected by Mandy Rose. And Fallon Henley attempts to defend him.

Mandy Rose says when NXT Europe begins she might just run that too. Jacy says they will prove that they are above Ivy and tatum soon. Mandy says she is ready to become the longest reigning champion. Mandy says she is ready for some damn respect on her name. Alba Fyre shows up says Mandy knows nothing about where she came from. Fyre says she is a battle tested warrior and Mandy will see her own demise in Alba’s eyes. Alba was able to sent Toxic Attraction to the back as she took them all out. Solid promo that restarted the rivalry between herself and Mandy Rose.

Wendy Choo and Lash Legend get in to it as Wendy leaves Lash pissed.

SQUASH Quincy Elliot Vs Sean Gallagher: After a Running Uppercut and a Banzai Drop the match was over.

Carmelo Hayes and Trick Williams jump Wes Lee in the back. Writing him out of the main event.

GOOD Tony D’Angelo and Channing Lorenzo Vs Cameron Grimes and ???:

Going into the match we do not know if Cameron will have a partner. Cameron starts the match doing fairly well but the numbers game stops Grimes before having control. The Schism shows up with Joe Gacy trying to be Grimes’ partner. Grimes does not go for the tag right away letting Tony take control again. Gacy tags himself in to get the hot tag for Grimes. Grimes works together with Joe to finish the match hitting the cave in and the handspring clothesline to put away Tony. Cameron refuses to accept Gacy as the crowd wants Grimes to hug it out. The Dyad blindside Grimes before Gacy gets the handspring clothesline. Joe says that was his last chance.

JD McDonagh has a personal beard shaver as he says taking care of himself is a personal necessity.

Bron Breakker reflects on his first year in wrestling.

ABOVE AVERAGE Kiana James and Arianna Grace Vs Nikkita Lyons and Zoey Stark:

Nikkita gets a release suplex on Kiana as Kiana tries to grab her bag to use as a weapon. Nikkita and Zoey had a bit of a squash match. Grace was able to get a big boot on Starks but Starks eventually got the C360. Nikkita got the tag and hit the roundhouse and split leg drop combo. Nothing wrong with this match but it was fine for what it was.

Edris Enofe and Mailk Blade get into a brawl with The Dyad outside in the parking lot. Hank Walker the security guy is reminded he has a match so he leaves the scene as Security breaks up the brawl.

Hank Walker has his entrance theme being the crowd chanting for hank. Without a theme this fits what this match was built on. Hank being just a security and Javier being the “star”. By far the biggest pop of the match was Hank taking off his “work” shirt. Hank gets the win with a back elbow.

Results: Hank Walker by Pinfall via Running Back Elbow.

They show a video package of the special entrances of the year.

Sol Ruca gets a video package of her surfing and going gymnastics on the sand.

Wendy Choo Vs Cora Jade, Sanga Vs Von Wagner, Ivy Nile and Tatum Paxley Vs Toxic Attraction and Tyler Bate Vs Jd McDonagh number one contendership for next week as well.

Bron Breakker gets the breakout star of the year.

Carmelo says he did Wes Lee a favor. Solo Sikoa comes out and reminds Carmelo that he has next. The match was pretty solid. Nothing too spectacular in the match. A nice catching Samoan drop. Solid enough action. On commentary the story of Hayes thinking Sikoa calling next was a thing of the past. Solo was able to take out Trick before getting his splash for the win.

Shawn Michaels then ended a short video package by saying We Are NXT and a new Black, White and Gold Logo is shown.

NXT Celebrated their one year anniversary of the rebrand in a solid manner. We saw two standout matches in the opening steel cage match and the surprise filled main event. With multiple video packages highlighting the year that NXT gave us, Including what the future of NXT looks like! The crowd was as always a solid and energetic crowd as well. Only time will tell what the future of NXT looks like with the next rebrand that is coming.