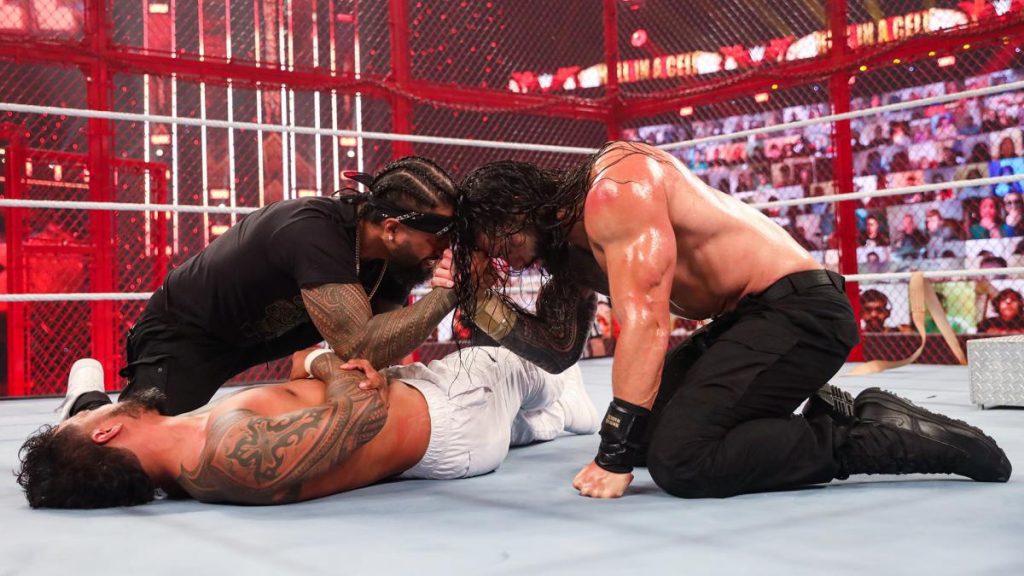 Last night during WrestleMania Backlash, it was revealed that the Hell In A Cell PPV, which usually takes place in October, has been moved to June 20th, when many expected Money In The Bank to take place.

At this moment in time there have been no reliable reports or official news to explain why this switch has been made, however many fans have already made sensible speculations about why.

The first bit of speculation is that the event was moved because WWE want the show to happen while they are still in the WWE Thunderdome, considering the major praise the show received from fans last year, with many people preferring the event taking place with fake crowd noise. Over the past few years many fans who have attended the HIAC PPV have complained that with the red cage the action inside the Cell is too hard to see, and this led to fans being quieter than usual during recent Hell In A Cell matches.

The second theory is that WWE have made the decision to the move the Extreme Rules PPV, which last year got rebranded to ‘Extreme Rules – The Horror Show’, to October to fit in with a Halloween theme.

The third and final theory builds off the second one, but is that the Money In The Bank PPV has been moved to July so that the event can take place with fans during the rumored WWE ‘tester’ weekend between July 16th-19th. Across the past year on social media many fans have claimed that ladder matches without fans simply aren’t the same, and this was reportedly the reason why WWE made the decision to move Money In The Bank last year to the cooperate building and have the match take place in a cinematic style.

Let us know your theory in the comments below!