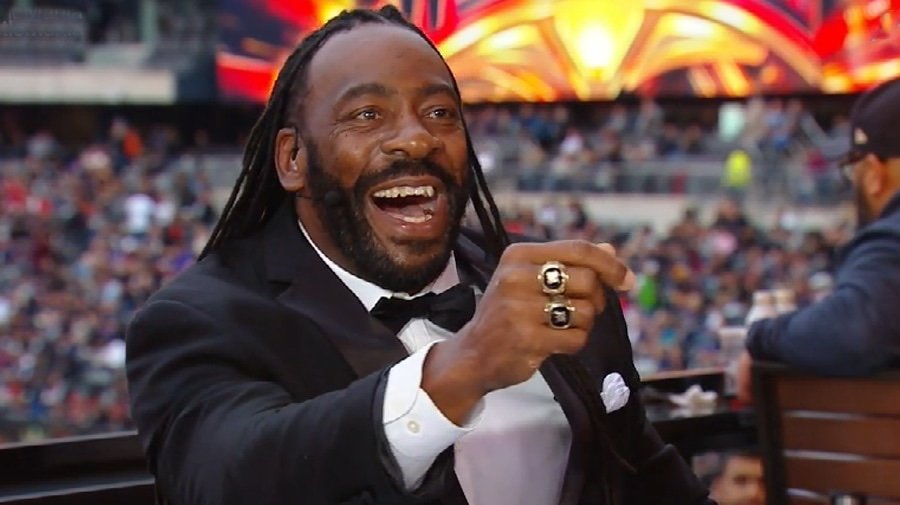 WWE Hall Of Famer, Booker T, has given his thoughts on WWE unifying the Raw & SmackDown Tag Team Championships, stating his unhappiness with the decision.

This past Friday on WWE SmackDown, The Usos defeated Randy Orton and Riddle to become the Unified WWE Tag Team Champions, holding both the Raw and SmackDown tag team belts.

However not everybody has been a fan of this decision from WWE, and this group includes the legendary Booker T.

On a recent episode of his Hall Of Fame Podcast, Booker T explained why he was not a fan of WWE unifying both tag team championships.

“I like having at least two tag team belts, one Smackdown, one Raw.” Booker T revealed “You may not understand what that does to the body of guys trying to do that, but they’re going to have to defend those championships on the house shows, European tours, Monday night, Friday night, and put those guys in position where they got to work all week long.

I’m thinking about protecting myself and making sure I can have a minute with my family” The WWE Hall Of Famer continued. “To have to defend the Tag Team Championship all the time, those guys aren’t going to have no time at home. I’m going to tell you that right now. They’re going to have about one day at home to prepare and one day to get ready to get back on the road.” (Booker T via Hall Of Fame Podcast – H/T Ringside News)

It’s currently unknown why WWE decided to unify their tag team championship belts, but by doing so Jimmy & Jey Uso followed in the footsteps of their cousin, Roman Reigns, in becoming double champions.