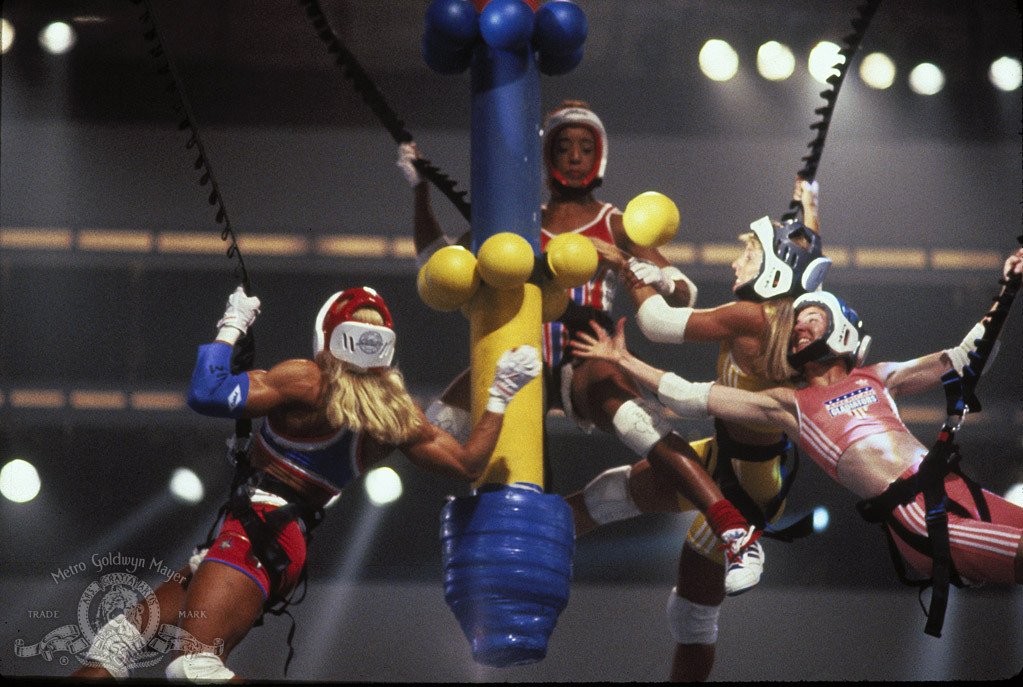 The iconic show will have a new reboot where WWE will be teaming with MGM.

An exclusive from Deadline confirms that both companies will serve as executive producers with a show featuring some WWE Superstars.

Mark Burnett, Chairman of MGM Worldwide Television Group, and his team are already in talks with streaming platforms and television networks for the launching of the new series. The reboot will be based on the format created by Johnny Ferraro and Dan Carr.

American Gladiators premiered in 1989, and it is considered the first reality competition series. In 2008 NBC rebooted the show with the WWE Hall Of Famer Hulk Hogan and Laila Ali as hosts. The show also counts with many international remakes.

It seems that MGM is looking for a new opportunity with the iconic show the last attempt to bring back the show was in 2018 in the hands of Ferraro and Seth Rogen and Evan Goldberg, but the project never aired.

There is still no confirmed date of when the recordings will start, but it is for sure that WWE is looking forward to more tv projects, with Netflix’s interactive film Escape the Undertaker premiering soon and a documentary series about McMahon by Netflix as well in works.