WWE Intercontinental Title Match Set For Clash At The Castle 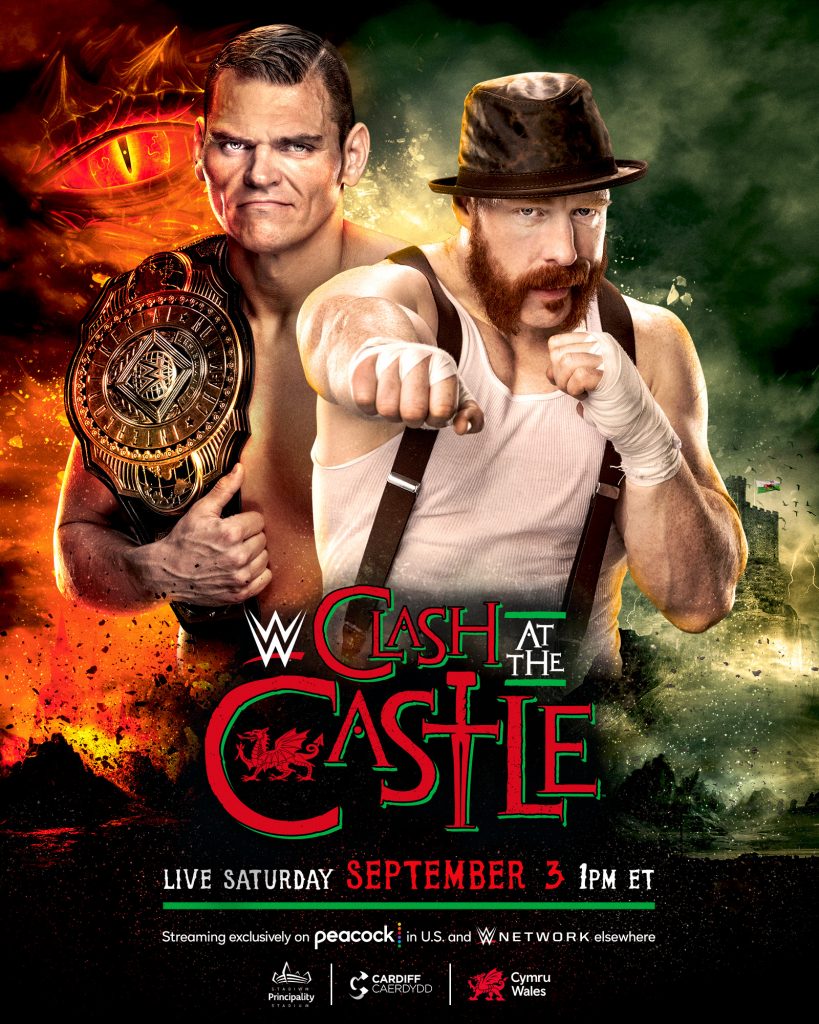 Gunther vs. Sheamus for the Intercontinental title added to WWE Clash at the Castle.

On Friday’s SmackDown, Sheamus defeated Ricochet, Sami Zayn, Madcap Moss, and Happy Corbin to earn a shot at Gunther’s Intercontinental title. He will now face Gunther at WWE Clash at the Castle, which takes place on September 3 in Cardiff, Wales.

The story of the match had Sami Zayn, in his hometown, go to the back after injuring his shoulder, taking white noise from Sheamus off the top rope. He eventually returned and attempted to pin Ricochet after hitting the helluva kick. However, Corbin broke up the count, dragging Zayn out of the ring and posting him. The finish had Corbin looking to pin Ricochet, but Sheamus came in and hit the brogue kick, pinning Corbin to win.

Here is the current lineup for Clash at the Castle: