WWE In The Works For UK Hosting Next Year’s SummerSlam 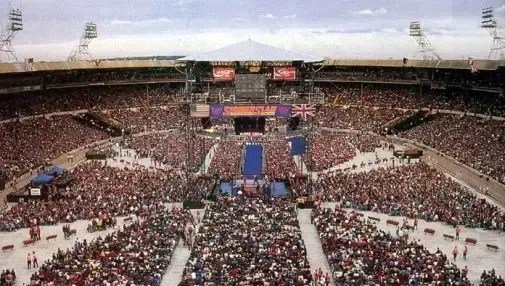 Next year SummerSlam will be the 30th anniversary of the 1992 edition.

With all the Covid-19 restrictions loosening in many countries, it seems like WWE wants to bring back one of the biggest shows to the UK.

In the latest edition of TalkingSports Alex McCarthy reported that the 2022 SummerSlam edition is in the works to take place on Cardiff’s Principality Stadium with a capacity for 78,000 people. According to McCarthy WWE has been exploring the stadium for some while now but nothing is confirmed.

Fightful has also reported that many people do not expect SummerSlam to be held in the UK and that the stadium interest is only part of eight nights of stadium shows globally next year.

The last time WWE hold a stadium show in the UK was in 1992 at the Wembley Stadium with Bret Hart vs The British Bulldog as the main event.