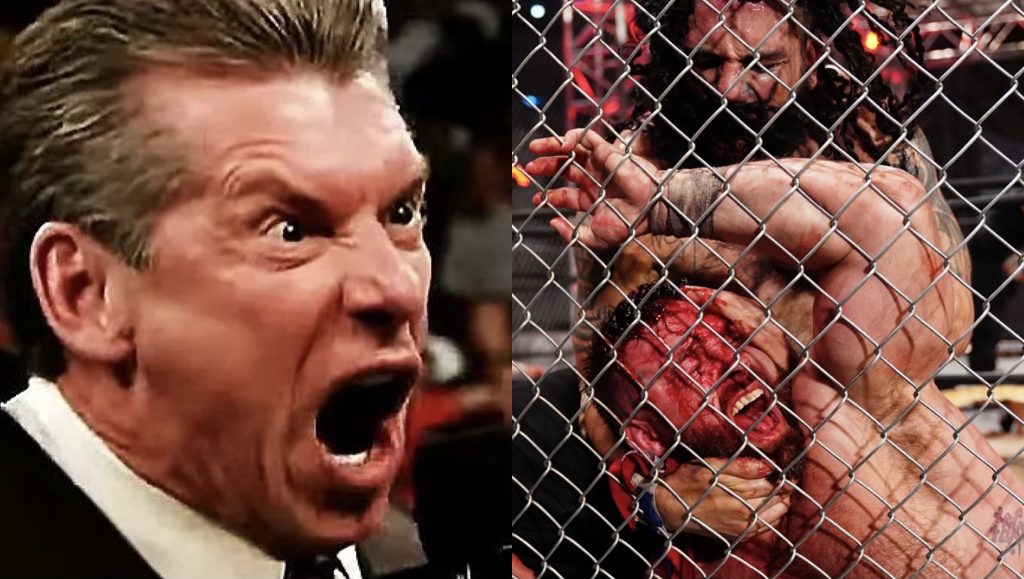 This past Wednesday night on AEW Dynamite, the highly anticipated ‘Blood & Guys’ match took place between The Inner Circle & The Pinnacle. WWE management reportedly hated the match, with one source claiming “That just set the business back 30 years”.

The AEW Blood & Guts stipulation is what is more commonly recognised as ‘War Games’ across the professional wrestling industry, and AEW had their first attempt at the stipulation this past week. The company originally planned for the event to happen in early 2020, with the Inner Circle set to take on The Elite. However due to the pandemic this event got cancelled, meaning fans had to wait a year to finally see the stipulation take place in an All Elite Wrestling ring.

The reaction to the match was very mixed across social media, with a lot of fans being extremely disappointed with the ending, while other fans praised it and said it was a more successful attempt when compared to the original stipulation from WCW, compared to how NXT have used the stipulation over the past few years.

However it doesn’t seem like the ‘Internet wrestling community’ were the only ones divided on this topic.

Dave Scherer of PWInsider is reporting that management in WWE ‘hated’ the match, with one source even claiming it “set the business back 30 years”. However he also noted that while management hated it, several wrestlers in WWE loved the match and would love to do something similar.

No reason was given as to why WWE management hated Blood & Guts, but based off the quote it seems in relation to the the fact that many people have speculated there was a lot of blading during the match, which is something WWE have tried to distance themselves from in recent years, even handing out fines to any wrestlers who have bladed during matches.

WWE banned ‘blading’ back in July of 2008 when the product moved to a PG rating. TNA, now known as Impact Wrestling, continued to use blading often until the company decided to follow in WWE’s footsteps in 2014 and introduced a new no blood policy, after the company received a lot of criticism as more people became aware of the effects of AIDS & hepatitis. Again, it should be noted there was no rock solid proof that blading did take place during the Blood & Guts match, but many fans took to social media to claim they saw blades being used.