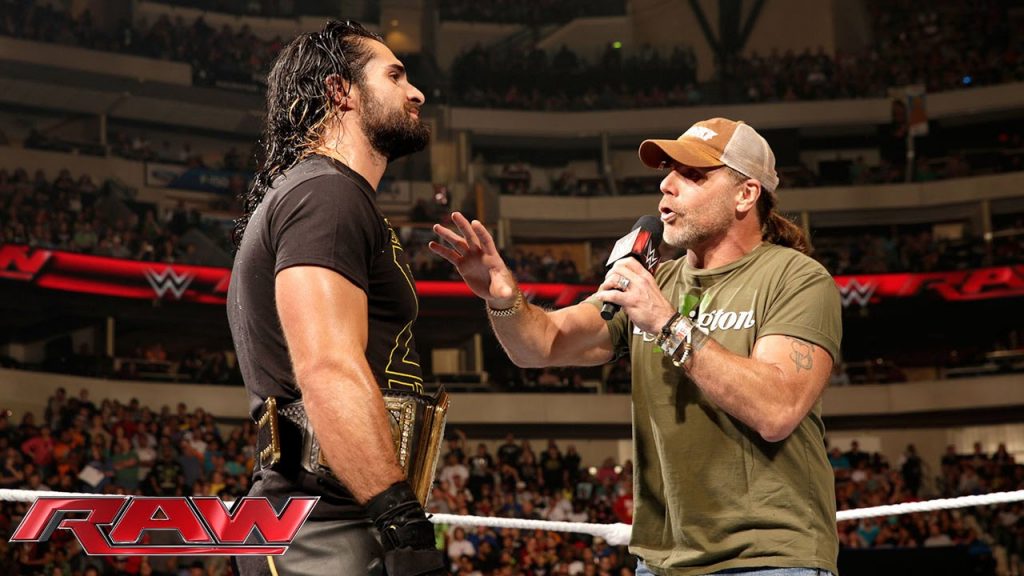 WWE Hall of Famer Kurt Angle claims Seth Rollins is the Shawn Michaels of this generation. Angle also praised Jon Moxley and called him one of the most underrated wrestlers.

Kurt Angle was talking about TLC 2017 in latest episode of his podcast The Kurt Angle Show. TLC 2017 was the event where Angle replaced an ill Roman Reigns to make his long awaited WWE return.

Angle became a ‘guest member’ of shield for the night as he teamed up with Rollins and Ambrose to take on Strowman, Kane, Miz and The Bar in a 3-on-5 handicap match. Kurt had a lot of praise for Seth Rollins as he said it’s not a stretch to say that he’s the next Shawn Michaels.

“It’s not too much of a leap to say that he is the next Shawn Michaels. I believe he will eventually. He’s not there yet because Shawn put in a lot more years, you know, like 30 something years, but he does remind me of Shawn because everybody he wrestles, he has five star matches. When you have that kind of chemistry with everybody, you’re an incredible performer, and I think Seth Rollins is a lot like Shawn Michaels.”

Angle also talked of how well Jon Moxley transformed his character in AEW.

“I think he’s doing great. I think he is one of the most underrated wrestlers. I think he’s solid. He does everything incredibly well. I don’t see much of a transformation from Dean Ambrose to Jon Moxley. It seems like he’s still him. He has that attitude. He never took that away from himself. That’s what makes him special because that arrogant, cocky look, is what makes him who he is.”